I've mentioned before that I love J-horror games. Eerie highschool corridors, abandoned factories, nonfunctional flashlights, sudden cellphone ringing, pasty hands coming out of walls, the clichés go on. And let's not forget the doorways inexplicably clogged with black human hair, I love it all! The campy, poorly made games are great for a laugh or a sudden jump-startle, and the best will leave me hesitating to go to the bathroom after dark.

Ikenie no Yoru, or Night of the Sacrifice, is the best of both worlds. What at first seems like a poor attempt at a tired genre is quickly turned around into a creepy, fun and unique experience due to one simple factor – it uses the Wii Balance Board. The Wii Remote is your flashlight which you tilt to look around, turn and inspect objects, and you use the Balance Board, walking up and down on the spot, to move forward. Sure, you also have the option to use standard controls, but that's no fun at all – this is just the kind of interesting new idea a game like this needed. 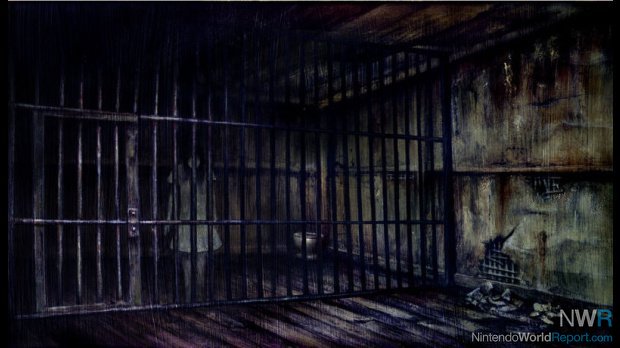 The game plays out a little like Wii's Ju-On and other similar “haunted house simulators” at times, while other times it's strangely reminiscent of a creepy, visually updated Pac Man. As you explore the decrepit, abandoned areas of the game, you often find yourself in maze-like segments swarming with hostile ghosts while you carefully navigate between the walls, ducking into side rooms or around corners to let the ghosts pass so you can slip by undetected.

Some ghosts will simply loiter around in the rooms like obstacles, requiring you to switch off the flashlight and sneak past. You must tread lightly so as to not make too much sound and take care not to bump into any of the nasties or draw attention to yourself. If anything notices you, it will give chase. If anything touches you, you will die. Simple as that.

Sometimes an unavoidable confrontation with the dead will take place, and the game simply says “Run!!”, meaning you better get the hell out of there: quickly find the safest and least paranormal-infested path and run your butt off. Jogging in place on the Balance Board will increase your movement speed but make the screen jolt around a little, making it harder to grope for that door handle you're fast approaching.

It's this kind of interactivity that draws you into the game and makes it stand out. 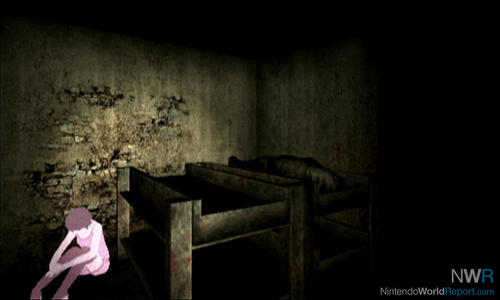 There is a story about some college students named after different colors who decide to take a trip to an old ravine said to be haunted, and they uncover the secrets of the ghastly goings-on and sacrifices through the ghosts' interactions. Ultimately this is of little consequence to the experience and even if you can't read the Japanese text you'll still be creeped out well enough. You play as several of the characters as you unlock various levels showing each of their entwined experiences. Each level is fairly short but gives just enough to continue the increasingly scary happenings without giving you too much of a workout.

There are some pretty low-res texture maps and some of the scares are cliched and expected, but horror fans have enough going on here to tide them over until Revelations on the 3DS. I'm still playing it and having fun!