I didn’t see a lot of Wii games in 2011—Zelda is about the only one, and I only recently received that for Christmas. The reason, though, was that my Wii has been broken for most of the year. The story of woe detailing its repair is one I’ll save for another time, but it certainly did affect my opinion of 2011. For one thing, it was filled with 3DS games, many of them excellent, some of them already detailed in our official Top Ten for 2011 list. There were, as always, a few embattled games that didn’t make the cut despite enthusiastic shouting matches via Skype among the NWR staff when we make these sorts of lists. I could speak also of my bias toward handheld devices due to my extended stay(s) in the hospital this year, but I won’t go into the specifics. Needless to say, the following games kept me company in the worst of times and continue to do so today. 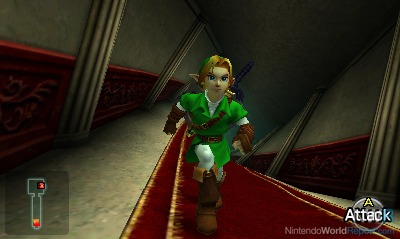 The Legend of Zelda: Ocarina of Time 3D

Call it gearing up for Skyward Sword, or perhaps the next-best thing to Wind Waker, but Ocarina of Time 3D surprised me in a number of ways. For one thing, since playing it on the GameCube back before Wind Waker launched, I’d basically forgotten at least 50% of game’s progression and layout. Most of the Temples were largely new experiences, especially the Spirit and Shadow Temples. I was also impressed with the redone assets and textures—the game looks worlds better than the original N64 game (how could it not) and the GameCube port. Link, of course, looked fantastic, but other characters brought smiles to my face as well, especially Ganon at the end of the game: completely remade, colorful, and threatening. It took me a surprisingly long time to play through a game I’ve beaten so many times before, but I loved every second of it, and I’ve started the Master Quest—though it might take me a while to get back to it. Ocarina of Time 3D is impressive and fun despite being a remake of a fifteen-year-old game. Everybody should play this. 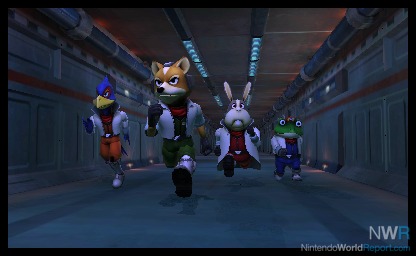 Another remake? Yes, I’m afraid so, but to be fair, Star Fox 63 3D is a damn impressive remake. It was rebuilt basically from the ground up, with all new art assets and character models. The games looks amazing and sounds even better although Slippy will still get on your nerves. And while I was never able to get into the original Star Fox 64, this remake was hard barrel-roll away from. Maybe it’s the vastly improved framerate; smoother, more detailed models; or the fact that entire cities didn’t just pop up in front of my ship. Dogfights are still kind of a chore, but they’re much more tolerable in this new coat of technological paint. This is also the first time I’ve managed to get to the real Andross—probably because I can see what I’m doing! The lack of online multiplayer is a drag, sure, but Star Fox 64 3D spent a lot of time in my 3DS, and I still pop it in from time to time. 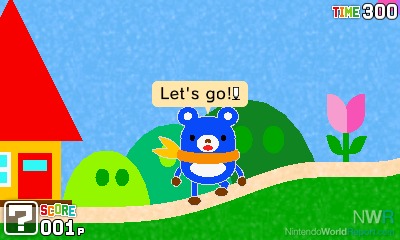 Oh, I’m pretty sure you people know why THIS is on my list. The ability to make throbbing cock monsters that wiggle and jiggle and talk like Banjo-Kazooie characters is too good to pass up. I’ve made a total of six creatures that resemble engorged phalluses, and even a bifuricated horror—though I was disappointed to see that you can’t actually put two heads on one creation. I appreciate the fact that I can modify my beasties as more parts unlock to better…ahem…endow them with new life.  People who StreetPass with me will surely shrink back in terror as my 3D yogurt canons pitch and sway on their 3DS systems. Of course, there’s more to Freakyforms than just dick-monster creation. You can create any number of OTHER animals too, including dinosaurs (sort of) magical dancing hats. I’m not ashamed to admit that I’ve tinkered with several Pokemon as well. It’s all very impressive. Even the gameplay, though ridiculously simple, is fun and engaging. You run, fly, and swim through a menagerie of environments, eating fruit, doing fetch quests for other characters, and taking massive purple or brown poops—which are sometimes the very subject of a fetch quest! There’s no end to the smile-inducing imagery in this game, and I’ve played an awful lot of it since it came out.

Alex Gets Disappointed PLAY ALL THE GAMES IN 2011!