With 2011 behind him, Alex complains about a poorly utilized year.

2011 was a really weird year to be a Nintendo fan. In twelve months, we were given a Zelda hybrid, a Mario hybrid, and a Pokemon game set in America. Two consoles were put into a weird limbo between living and dead, and Nintendo released a handheld that wasn't even finished yet. Between updates and price cuts, dual-screens and tablets, a non-retirement and a global president, the gaming industry could never come to a clear consensus on Nintendo. Was 2011 the year in which Nintendo proved that they were reliant on gimmicks, or was this the year that they proved that these novel features weren't gimmicks at all?

I have to admit, this year probably offered me the most excitement ever as a Nintendo fan. Pokemon is quite possibly my favorite video game series ever, and they were setting it in New York! Not only that, but there were no Pokemon from the previous generations until after the game was completed, completely separating it from previous titles. What could be better? Nintendo's immediate response was a new handheld released in the very same month, featuring glasses-free 3D technology. This is especially exciting because, in my opinion, nothing beats a Nintendo handheld as far as lineup is concerned. This is coupled with a viewpoint I don't usually share with people, that I truly believe the Nintendo DS is the greatest system ever released. A New Nintendo handheld with Paper Mario, Animal Crossing, and the most aggresive online strategy Nintendo has conceived thus far? A new console called "Project Cafe"? What could "cafe" mean? Portability, perhaps? A more social online experience? With so much to look forward to, I had to ask myself: What could possibly go wrong? 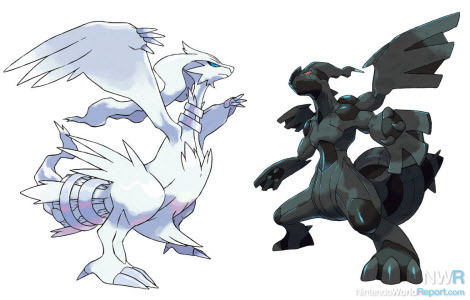 And so, Nintendo proceeded to show me exactly what could go wrong. I could make several paragraphs slowly coloring in what I mean, but I opted instead for a more direct approach. Without further ado, this is just about everything that Nintendo did wrong this year (in my opinion, of course):

- Rewarded early 3DS adopters with dead pixels, permenant screen scratching, a price cut immediately following purchase, and apologies through emulated games. Of course, as a launch buyer, I should have expected these things, and I have no right to complain, right? That doesn't lift the blame from Nintendo for releasing a product that's blatently incomplete.

- Aside from Street Fighter and updates, the 3DS practically launched without the internet.

- The last act of Skyward Sword has some of the worst padding I have ever seen in a non-JRPG -- and that's coming from someone who didn't mind the initial tutorial one bit.

- Black and White are by far the easiest Pokemon games ever released, and the post-game is a joke (I know this isn't Nintendo directly, but it's certainly first party).

- The name "Wii U", and it's lack of effort to establish itself as a new console.

- Mario Kart 7 offers an awful single-player experience and delivers an even worse character selection. I will say though, in it's defense, I think the multiplayer is the best that the series has ever had.

- No Kid Icarus (If it truly was impossible to finish in the given time, I'll give Project Sora a pass on this. However, I do recall Sakurai originally planning it for the launch of the 3DS, so I am naturally a bit suspicious).

- Only giving Japan demos, and giving America one over a month later.

- Virtual Console (both of them).

- Announcing that a game (Smash Bros.) will be created before even starting the brainstorming process.

- Failing to announce weekly downloads even one day before they release.

- The handling of Operation Rainfall (Not that they did something wrong by not releasing two of the games, because that is totally their call, but specifically the tweeting from NoA where they promised an update and suggested big news only to announce nothing was happening). 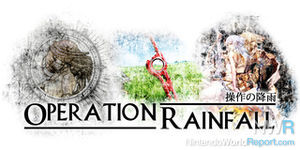 Although I feel terrible for saying this about one of my favorite companies, I feel like Nintendo dropped the ball on almost everything they tried to do in 2011. With that said, Nintendo did some really great things too. Here's a list of that stuff:

- Localizing Xenoblade Chronicles despite the chances of low sales.

- The Ambassador program. The NES games were great for playing on the go (Especially the first two Zelda games, which I beat for the first time because of the service), and several GBA games I have never played before. Other than F-Zero, just about every other game in the ten is shockingly high calibur, with a few surprises to boot (like Fire Emblem).

- Original 3D eShop games. Zach already mentioned Freakyforms, and Pushmo is even better than all of the Wiiware games I've played (save BIT.TRIP RUNNER, perhaps). With EAD's Dillon's Rolling Western and other titles coming soon, I'm really hopeful about the future of these downloadable games.

- Finally making a console in HD with a serious effort to give us a larger variety of titles (Even if Arkham City releases a year late, at least it's finally viable on a Nintendo platform).

- Saving the 3DS from the brink of failure. Even if that is exaggerating a bit, I must applaud Nintendo in regards to how they turned it around with a price cut, Mario Kart, and Super Mario 3D Land. I'm upset about the price cut, but I can appreciate Nintendo doing what they needed to do.

- Even if some of the new stuff didn't totally work out, Nintendo definitely dabbled in novelty. The Wii U is one of the biggest gambles the company has made since putting the NES in America, Pokemon completely reimagined the series' storytelling, Zelda required a peripheral that was barely supported while featuring a completely new art style, and an entirely new style of Super Mario was introduced to the world.

- A one friendcode system isn't perfect, but it's better than fifteen.

- Nintendo went all out with Zelda this year. Between the concerts, Skyward Sword, Link's Awakening, Ocarina of Time 3D and it's soundtrack, the golden remote, and three Ambassador re-releases, the Mario anniversary looked mediocre in comparison. 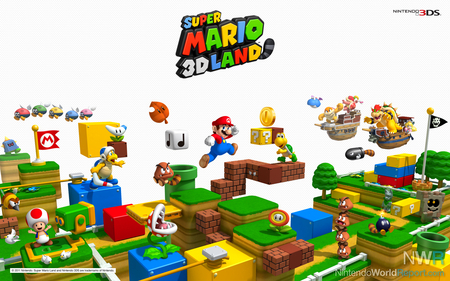 Reading these lists, it might seem hard to determine whether I was indifferent towards this year or whether I was really upset about it. This was entirely intentional. I was disappointed by Pokemon, but I still really liked a lot about it. Skyward Sword had quite a few problems, but I would personally rank it far above Twilight Princess, and even equal to Wind Waker. The combat was really great, and I think the storytelling is the best it's ever been in a Zelda game. The reason why I'm being so hard on Nintendo is that they had all of the tools to make 2011 one of the best years Nintendo has ever had, yet never utilized one of them. Imagine Nintendo waiting until the fall to release the 3DS with every technological problem fixed, Super Mario 3D Land as a launch title, and with the original price tag being under 200 dollars. Imagine a virtual console still being updated with many of the games Nintendo never put up. Yoshi's Island, anyone? Earthbound, perhaps? Imagine Wii U being titled the Nintendo Stream, featuring Steam integration far surpassing PS3, and no rumored EA online input even being spoken of. The name is still awful, but it seperates itself from the previous console, something Nintendo clearly screwed up on. I guess I can't say the year was really that bad, and I can't say it was really that good either, so I will do neither and reiterate my first sentence: 2011 was a really weird year to be a Nintendo fan.