Nintendo looks to turn their young Armadillo Ranger into franchise material with this expanded sequel.

There's got to be some Zelda fans on the Dillon's Rolling Western: The Last Ranger development team. Dillon, the titular Armadillo ranger, is a classic silent protagonist much like Link, just with a little stoic cowboy thrown in. We hear him grunting and yelling during attacks and exertion, but even in direct contact with other characters, sometimes all Dillon needs to do is give them a stern stare, or walk out the saloon doors without another word when an old west showdown is in order. Find a chest in any of the three ancient ruins in each level and a musical theme will play over Dillon reaching in for treasure. (There might be a coveted heart piece inside!) One wonders where he learned to hold up whatever trinket he finds inside for all the world to see. Is that supposed to be good for business?

But homages aside, Link never had to balance strategy, resource management, and timed combat the way Dillon has to. The first Rolling Western game was already unique in its complexity: during the day the player only has a short time to race all over the map to jump into mines to gather ore, pick up scruffles to feed the town's precious scrog livestock, and complete quests for villagers. You use those resources to build towers and reinforce gates. Come evening, enemy "grocks" pour out of several points across the map, and if your constructed towers don't cover every possible enemy entry point (impossible unless you replay a level and bring in extra starting money) you'll find yourself needing to curl up into a ball and race across the map to face the grock invaders yourself. Touch an enemy and Dillon enters a sort of battle mode where he unleashes an arsenal of rolls, grinds, and slashes against the individuals in that enemy squad. Or if you're lucky, your towers may have weakened up the enemies so much that they simply break apart as soon as you collide with them on the overworld, skipping the battle mode completely. 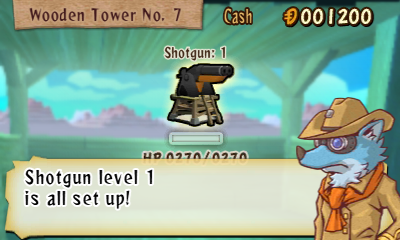 But that's just one day, which take upwards of 30 minutes to complete. Each village is its own level, and each level is made of three days (both a day and night cycle) over which enemy attack patterns change. Your defenses will be strongest by day three, but that's also when you'll need them the most. Still, each level takes close to an hour and a half, making these campaigns far from pick up and play. In total, the story will take 20 hours complete, and maybe even more if you strive for perfection.

The Last Ranger can simply be exhausting, though. Having to juggle resources, defense strategies, terrain navigation, villager quests, and the many different places enemies might emerge from can be utterly taxing. Sometimes it's a relief to start a new level and see that the map is small and simple. A large complex level is in danger of being demoralizing when you're just looking to start day one. 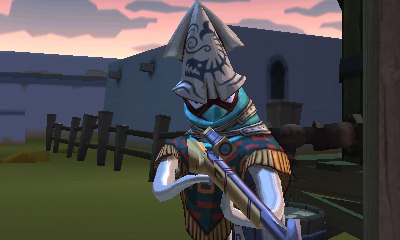 Since it's a sequel, The Last Ranger also introduces some new features of its own, the most welcome of which is an computer-controlled ranger who will act as your ally on the field. During the day you can task the ranger with excavating mines, gathering scrogs, or just blowing up rocks for extra money. This is an absolute godsend because it simplifies your frenzied daily gather-everything-on-the-map-possible schedule. Come evening, you can direct your ranger ally to move to certain predetermined points of the map, and they will independently run down and engage enemies without your involvement.

Another great thing that the NPC rangers introduce is a richer story than the first game. The Last Ranger has a linear story of saving town after town from grock invasions, but ranger allies join and leave Dillon's side every two levels. Plus, they're never really there to simply help Dillon; just as each ranger has their own specialties in battle, each one has his own reason for showing up at the same village Dillon's visiting, and these reasons aren't necessarily friendly. 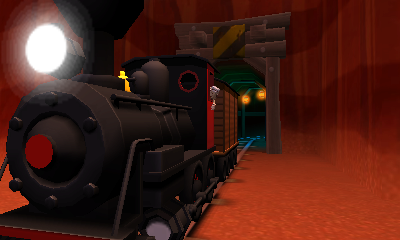 Another new feature added are trains that Dillon has to protect in the main levels come day three. These add more objectives that Dillon has to defend from enemies, and repairing train tracks gives players another thing to spend resources on, so it actually doesn't change up the game's experience too much. Still, it's impressive to see how the sequel can add a new narrative theme to the game while remaining completely within the bounds of its current mechanics.

The controls, however, are almost exactly like the last game. Dillon's Rolling Western: The Last Ranger uses the touch screen and shoulder buttons extensively, and the Circle Pad (or face-buttons in left-handed mode, new to the sequel) to a lesser extent. That the game's action segments are controlled so extensively with the touch screen is impressive. Mastering the nuances of these controls to make sure that Dillon is always in a position where he can launch his next attack can lead to bonuses along the way, as if you use the combo system to land certain numbers of hits, you get ever-increasing bonuses. 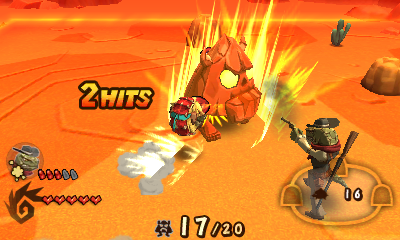 A lot is going on in The Last Ranger's gameplay, but it works. You just have to be able to maximize your time management skills: What's the optimal route to explore the entire map and find all the scruffles and mines before night falls? Do I have a couple of seconds to get the treasure in that ancient ruin or should I come back for it tomorrow? Can I make it across the map to save a tower under attack or will grocks reach the village before I get back? The game frequently forces you to make on-the-spot decisions and trade-offs, and that's part of why The Last Ranger is so engaging, perhaps even to a fault.

Just as The Last Ranger inherits many of the gameplay mechanics of its predecessor, though, it also seems to recycle its visual presentation, art assets, music, and sounds. The art style is wonderful at evoking the reds, oranges, and yellows of a western frontier. Its subtle cel-shading and the traditional handdrawn character portraits used for incidental dialogue successfully brings into the fold the game world's anthropomorphic menagerie of armadillos, lizards, bears, squids (squids!), rats, prairie dogs, bison, etc. Likewise, the sounds and music serve the game and its tone well, whether in battle or with simple twangs as you enter or back out of menus. Unfortunately, if you've played the first title in the Rolling Western series, many of the visuals and sounds seem as if they are ripped straight out of the previous game. 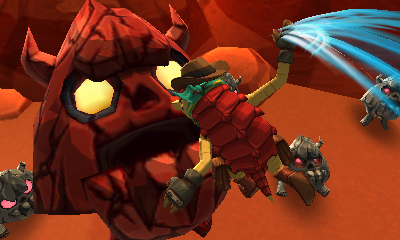 Ultimately, Dillon's Rolling Western: The Last Ranger is an iterative sequel instead of a transformative one. A lot of what it does merely adds to the successful mechanics of the previous game. But regardless of where it inherited those qualities from The Last Ranger has tight and intuitive touch screen controls, a successful melange of strategy and action mechanics, and more narrative drive and embellishments than its predecessor. However, like the first Rolling Western game, it demands a lot of your attention, and since the sequel is just that much bigger, one has to wonder whether The Last Ranger's relentless pace is just a little too much game to handle.

My mind probly snapped a few times in the first game... which I still need to beat.

My mind probly snapped a few times in the first game... which I still need to beat.

Yeah, this game can be VERY taxing because of the amount of decision making that needs to go into your tower defense strategy especially. Plus, the game's difficulty is really designed to be right at that edge, so for someone like me who's OCD with Tower Defenses and not wanting to let a SINGLE enemy through*, Dillon is really, really, challenging.

*Basically, for me, letting a single enemy through in a Tower Defense is like letting one my characters get perma-deathed in Fire Emblem: it's justification for a game reset/reload/throw-it-against-the-wall-because-I'm-so-angry sorta thing...