A Pokémon newbie tackles a beloved franchise. It's mostly effective!

As a newcomer to the Pokémon franchise, I had little context for the events unfolding as I began Pokémon White Version 2, the latest in a long series of role-playing games developed by Game Freak and published by Nintendo. I’d certainly read a great deal about these games, and had dabbled just a bit in the series with the release of Pokémon Pearl in 2006, but for the most part I went in blind. I found a game showing signs of refinement while remaining dated, and deepness while remaining accessible. Pokémon White Version 2 caters to the Pokémon fan while making few concessions to newcomers, but the core game is simple enough that most gamers can pick up on the basics without too much trouble.

The core experience of Pokémon, regardless of the version you play, is a game of team building and combat. The main difference between versions, as I understand it, is merely your options for team members, and the trappings of story motivating and informing your decisions. With that in mind, Pokémon White 2 serves its purpose wonderfully, giving you endless ways to form teams of little creatures to fight on your behalf, with over 300 Pokémon to capture and train. It’s honestly somewhat overwhelming if you are new to the series: these new and unfamiliar creatures have advantages that change over time, and you must decide which moves you want your Pokémon to learn and forget. 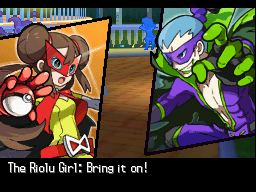 The amazing thing about Pokémon White 2 is the way the game never stops layering levels of complexity into the core gameplay by giving you items which change your strategy on a regular basis. These items range from TMs that can teach your Pokémon new moves to modifiers for your team members’ stats. In some cases, you can have one of your Pokémon hold an item to give them a bonus in combat, or a share of the experience from the battle. These items seem to represent layers of franchise evolution. Every item and bonus found requires careful analysis and experimentation. It’s somewhat exhausting completely reevaluating your battle strategy every 20 minutes when you find something that drastically changes the shape of your Pokémon team.

In addition to items that affect battles, Pokémon White 2 introduces a number of mini-games that; more or less optional, these activities offer a way of immersing yourself into the game further. The most notable, PokésStar Studios, allows you to star in a number of Pokémon related films. You receive a script requiring you to finish a battle with a specific set of circumstances, making it more of a puzzle game than a combat game. You receive predetermined Pokémon and have to find a way to, for instance, defeat only specific opposing Pokémon in a set number of rounds. The more you abide by these strict circumstances, the more successful your movie, and the more fans you have. It’s an interesting addition to the game, and quite a bit of fun to dive into, even if it is a bit removed from the main campaign.

The story seems hard to penetrate if you have not played Pokémon Black and White, but doesn’t seem particularly complicated. You learn early on that a few years back, a group called Team Plasma attempted, unsuccessfully, to seize power under the guise of liberating Pokémon. Occasionally, you run into Team Plasma members who appear to be up to no good, but for most of the game they’re relegated to uninteresting thugs. 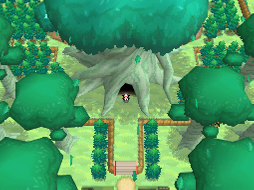 In fact, the game dedicates far more dialogue not to any sort of centralized conflict, like most RPGs, but simple statements of love and devotion toward Pokémon. Maybe the previous games were like this as well, but as a newcomer to the series, I was taken aback: the only thing anyone wants to talk about in this world is how much they love Pokémon. It’s literally the only thing anybody talks about 95 percent of the time. This would be weird in and of itself, but it becomes even stranger when you learn the best way to forge a deep and meaningful relationship with your Pokémon is making them fight each other to the (fake) death. This world of Pokémon is a strange one.

Pokémon White 2 is meant for fans of the series, obviously, but if you have been looking for an entry point into the series, it works. You may be overwhelmed with options and confused by the story, but the core game is as complex and fun as ever. There are more options than ever before for assembling and growing with your team, making Pokémon White Version 2 a deep and rewarding experience.

You know compared to Black and White this game has like zero story. I was actually bored for a while... gasp! Though I normally could care less about the story in the Pokemon games, with so little development I was actually longing for more.

If your like me and you have to be on the competitive edge with new moves and abilities get the game. But it doesn't have the same charm as the black and white did.

Overwhelming for new players is a con so you giving it a 8 is fine with me. Pokemon catch em all games are always so fun.