The stubby little toadstool’s stand-alone game provides challenge in a cute way that only Toad can deliver.

The Captain Toad stages from Super Mario 3D World were a wonderful distraction in an already great game. The cute aesthetics of the Mario series mixed in with a cute, cowering, but adventure-hungry Toad were a great mix and provided a decent level of challenge. Fast forward a year later and Toad is now the star of his own game in Captain Toad: Treasure Tracker. The cute factor and great visuals are still here but have been greatly expanded upon.

Toad’s first outing on his own proves that even though he might not be anywhere near as strong as Mario and company, the little mushroom has what it takes to get the job done. Going through each diorama-like stage in the game almost necessitates the ability to use the right stick (or shoulder buttons) for camera control while at the same time moving the Captain around the stage, avoiding enemies, and searching for treasure. The main challenge of the game doesn’t come from simply getting to the level ending star, but rather from trying to collect three diamonds scattered throughout the stages. Not only that, but bonus objectives, such as collecting a certain number of coins or defeating a certain number of enemies, add to the challenge. All of these combined keep the overall experience fresh and stimulating. 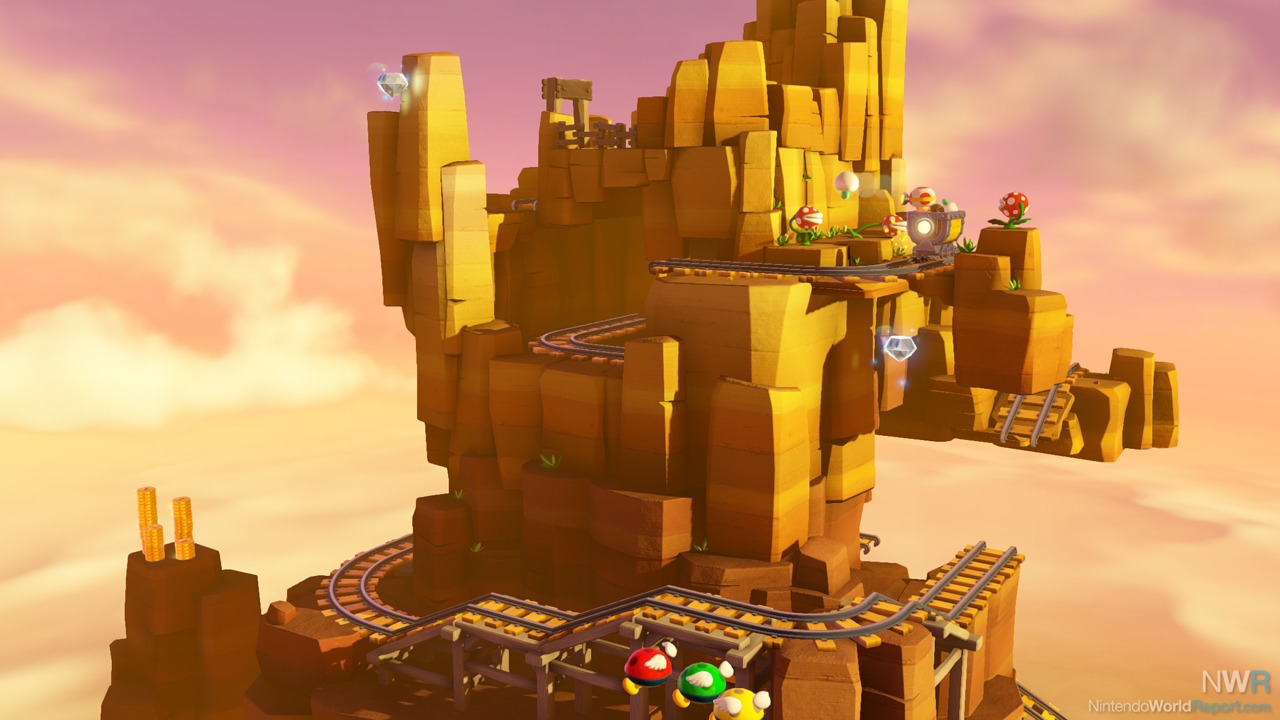 Perhaps some of the most enjoyable stages in the game, the mine cart stages, allow players to see through Toad’s eyes in first person as he throws turnips at enemies and blocks in his continued search for treasure. Controls are super simple - players aim with either the joystick or gyro controls and then press A to throw turnips. The result is something that anyone from any gaming background can enjoy. While a different kind of satisfaction, boss stages, require a keen grasp on the controls and great hand eye coordination. Players will have to maneuver through tight spaces, avoid fireballs, and rogue winds all while trying to nab diamonds and make their way to the end of the level. The boss stages offer some of the most tense, gratifying moments of the game.

Captain Toad: Treasure Tracker is a cute, challenging experience that gamers from all backgrounds can enjoy. While it might be a little difficult for the non-gamer crowd to get into due to the dual stick setup, this charming (non) platformer is a must have on the Wii U.

I'm noticing a distinct lack of Layton vs Wright.

That just means James Jones was NOT part of that group.