Kirby's 20th Anniversary Collection: What We Expect Out of It

These are the latest games under the Kirby name. Will they make it to the collection?

These are the very latest games to have been released. One game experiments greatly with the Kirby gameplay formula, while the other remains classic throughout, with some new additions here and there: 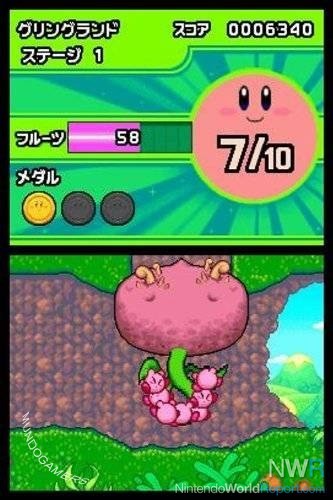 With Kirby’s final iteration on the Nintendo DS, HAL Laboratory opted for yet another experimental Kirby adventure. Like Canvas Curse, Mass Attack relies almost entirely on the touch screen to control Kirby; however, instead of one Kirby, you have as many as ten to control at any given time. This is done similarly to the Pikmin series, as you control the entire group at the same time, and like Pikmin, you attack by catapulting multiple Kirby’s onto enemies. As such, Kirby lacks his trademark ability to engulf enemies to steal their powers.

Seeing as the game is relatively new and requires the use of the DS touch screen, it is incredibly unlikely that it would be included in the collection. And yet, that is not to say that it would be impossible on the Wii. The game could easily be adapted to motion controls, but Nintendo is unlikely to put that much work into the collection, nor would they want to cannibalize the sales of a game that is less than a year old. 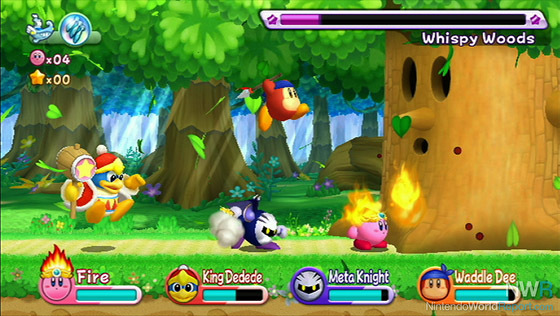 The latest game in the series, Kirby finally made a true return to 2D platforming following several home console spin-offs. Four players can work together in the frenzy, making it more of a party game than a single-player experience, but that doesn't stop it from being one heck of a solo game. New additions are the powered-up inhaling technique that can consume everything on screen (including other players), and super versions of regular power-ups that rampage through not just enemies, but the very levels themselves.

The chance of this is next to impossible. It's a Wii game in and of itself and why would Nintendo package this in the compilation only a year later with a bunch of other games added on?

This may even be unveiled tomorrow (Monday 4th) during the Nintendo Direct presentation!
If it is indeed a Wii disk, I'm sure they'd rather get the last gen stuff out the way, leaving room for a full Wii U game blowout during the main conference...

This article is missing Link's Awakening, which featured a Kirby cameo. :D

If you're going to go that route, you might as well say the article's missing Smash Bros. as well.

I'd buy it just for Amazing Mirror but I doubt it will make the cut.

I think we are forgetting the obvious point. I doubt Nintendo is going to force classic controller use, so all of the games need to use just the wiimote. This is the reason why super Mario world was not in the Mario collection. Given this I think the collection comes into better focus unless they spend time reprogramming. I think Adventure and Air ride are almost assured and star stacker would be a nice addition to attract the hardcore Kirby fan. I have never played the SNES games so I don't know how they control.

This is the reason why super Mario world was not in the Mario collection.

No, I severely doubt that. The only version of SMAS that included SMW was released a few years after the original and was only available in a SNES hardware bundle.

Wasn't it released about a year later?  Pretty sure the SNES bundles came out the next holiday season...

Yes, you are right. Original was August 1993, the hardware-only bundle version was December 1994.