Kirby's 20th Anniversary Collection: What We Expect Out of It

Kirby goes 3D, and the 2D games shine with innovation.

Like most Nintendo franchises, right after the early era Kirby games saw a need to innovate through various means, while keeping the core gameplay concept alive and well. In some cases, it was a change of art style, while in others it was a new control concept. Here are the games that were released during the modern age, and their possibility of appearing in the Kirby collection: 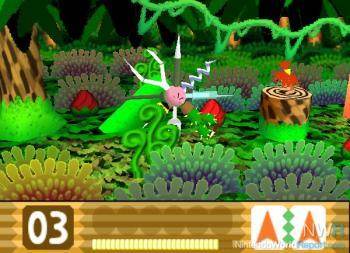 Kirby's very first 3D adventure mixes 3D graphics with classic 2D gameplay. Its main claim of fame is the ability to mix two completely different powers to create one unique one for a more devastating effect on enemies.

Kirby 64, despite its fame as being the first Kirby game for the N64, is still a relatively underrated game, some claiming that the graphics were too cute and that its innovations weren't enough to make it stand out. Still, Nintendo has released it as a Virtual Console title in the past, and if they want to represent Kirby's 3D outings, this might be the best one to use.

Name: Kirby and the Amazing Mirror 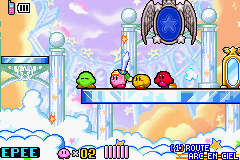 Kirby is now able to summon up to three other Kirbys in order to help him conquer the challenges that lie hand in gameplay that once again presents the best of classic Kirby gameplay while presenting new ideas, levels and features.

Like its handheld brethren, HAL could still surprise us with an appearance of the game in the collection, but it is still up in the air. 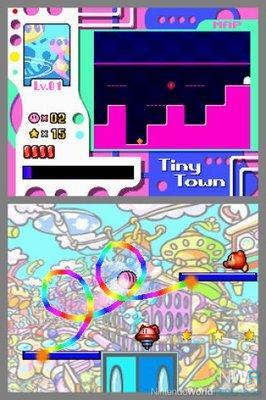 Kirby's 2005 DS debut also acted as a showcase game for the young handheld. Players guided the pink hero—stuck in ball form and without most of his standard abilities—by drawing on the touch screen, carefully creating rainbow lines and paths to move through levels, collect medals, and defeat enemies.

While the inclusion of this unique and successful adaptation of Kirby platforming on the collection would be a pleasant surprise, the handheld-specific mechanics probably hinder its chances. The movement of Kirby and the operation of his abilities were designed around the preciseness of physically drawing on a touch screen—a quality the Wii Remote doesn’t quite match. 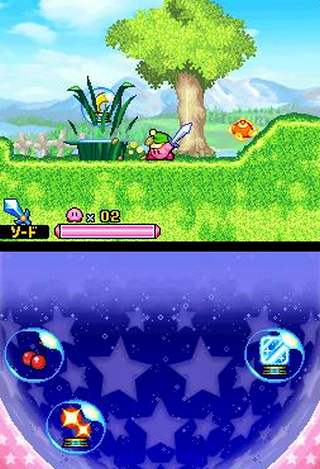 After his first DS outing being an experiment of touch screen based control, Kirby returns in an adventure that is just as classic as past endeavors on classic systems.

The DS's nature as being one of Nintendo's most experimental handhelds, emulation of its software could be troublesome on a system that wasn't designed to feature any of its innovations, so Squeak Squad might not make it in the end, even if gameplay wise it is one that relies on classic Kirby conventions than any drastic new ideas. 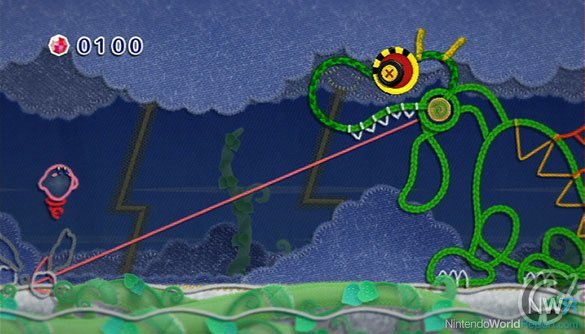 Featuring one of the most drastic graphical changes to the Kirby franchise ever, Kirby's Epic Yarn ditches the ability to suck up an enemy's power and use them against them in favor of a more relaxed game pace in a visually stunning world.

Kirby's Epic Yarn received grand critical acclaim, not just for its wonderfully charming aesthetic but for its relaxing gameplay that may not challenge gamers but still entertains them. Still, even if this is one of Kirby's more popular games, with it still being relatively new in the canon, it will not appear on the collection.

This may even be unveiled tomorrow (Monday 4th) during the Nintendo Direct presentation!
If it is indeed a Wii disk, I'm sure they'd rather get the last gen stuff out the way, leaving room for a full Wii U game blowout during the main conference...

This article is missing Link's Awakening, which featured a Kirby cameo. :D

If you're going to go that route, you might as well say the article's missing Smash Bros. as well.

I'd buy it just for Amazing Mirror but I doubt it will make the cut.

I think we are forgetting the obvious point. I doubt Nintendo is going to force classic controller use, so all of the games need to use just the wiimote. This is the reason why super Mario world was not in the Mario collection. Given this I think the collection comes into better focus unless they spend time reprogramming. I think Adventure and Air ride are almost assured and star stacker would be a nice addition to attract the hardcore Kirby fan. I have never played the SNES games so I don't know how they control.

This is the reason why super Mario world was not in the Mario collection.

No, I severely doubt that. The only version of SMAS that included SMW was released a few years after the original and was only available in a SNES hardware bundle.

Wasn't it released about a year later?  Pretty sure the SNES bundles came out the next holiday season...

Yes, you are right. Original was August 1993, the hardware-only bundle version was December 1994.