It didn’t take me too long after booting up Stardew Valley to realize that it’s a natural fit on the Switch. The addictive, escapist farming simulator is a cozy, personal experience that just feels at home on a portable. And I say personal because that’s the word that sticks out to me the most after putting nearly 30 hours into the game. My Stardew Valley story is just that: mine. My story is different from anyone else’s, making it incredible to sit down and talk to others about their own Stardew Valley stories. It’s rare that a game offers that kind of experience, and that is a driving reason why I fell in love with it. 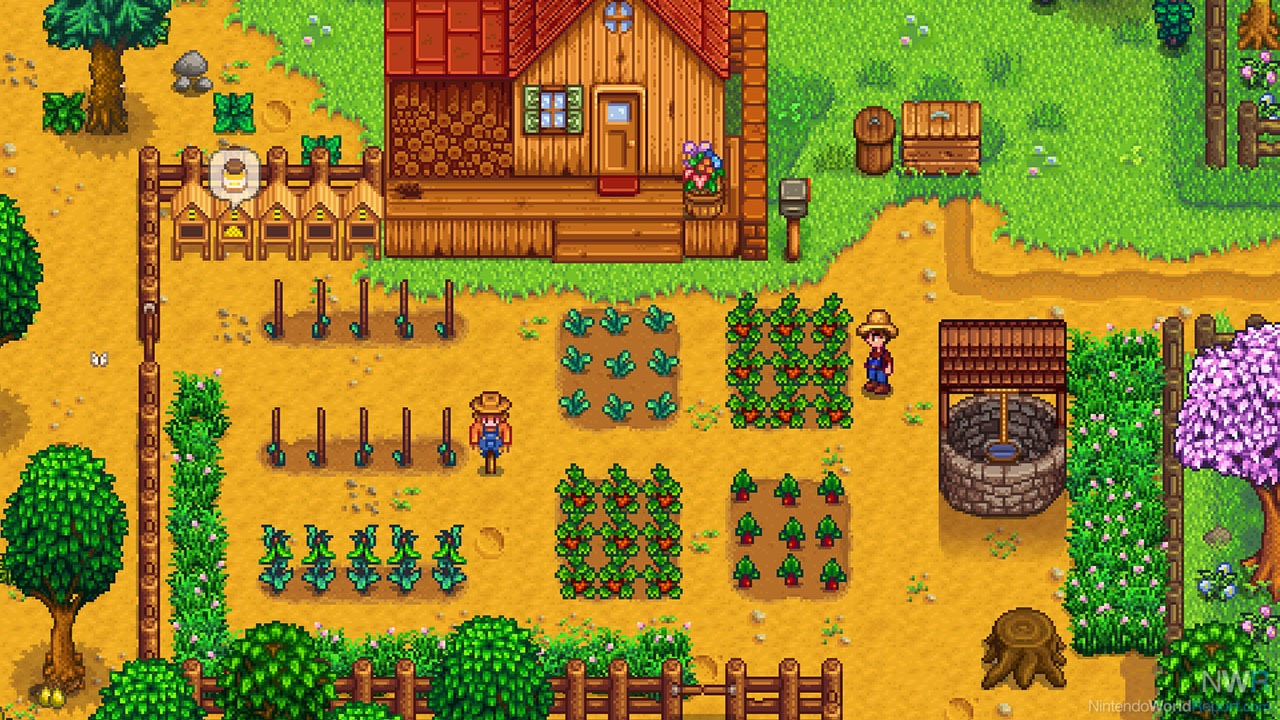 Stardew Valley can be called many things: a farming simulator, a dating simulator, a dungeon-crawling action-RPG, a resource management game, but at its core is pure, unadulterated escapism. This is prevalent in the opening cut scene, which depicts your player character at his Joja Cola desk job, finally collapsing due to the stresses of corporate monotony. He needs an escape. Luckily, your dead grandfather left you a farm house in the middle of Stardew Valley, a perfect getaway. Unfortunately, he didn’t leave it in the best condition. It’s up to you to get the farm back up and running, with the ghost of your grandad promising to check in on you after two years to grade your progress.

One of the earliest hurdles I came across when playing Stardew Valley was the desire to “play it the right way.” I lived in constant fear that I was making the wrong decisions and not optimizing my farm to the best that I could. My advice to players is to leave those thoughts behind. Stardew Valley is best played when you’re going at your own pace and doing what comes naturally to you. Don’t let others tell you how to play. Find your own niche, because this is all about how you find your way to success. Stardew Valley is a clever game, rewarding players who make their own discoveries and wander off the beaten path. It’s one of the most gratifying games I’ve played this year, but that only came after I let go of the idea that there was a “right way to play.” 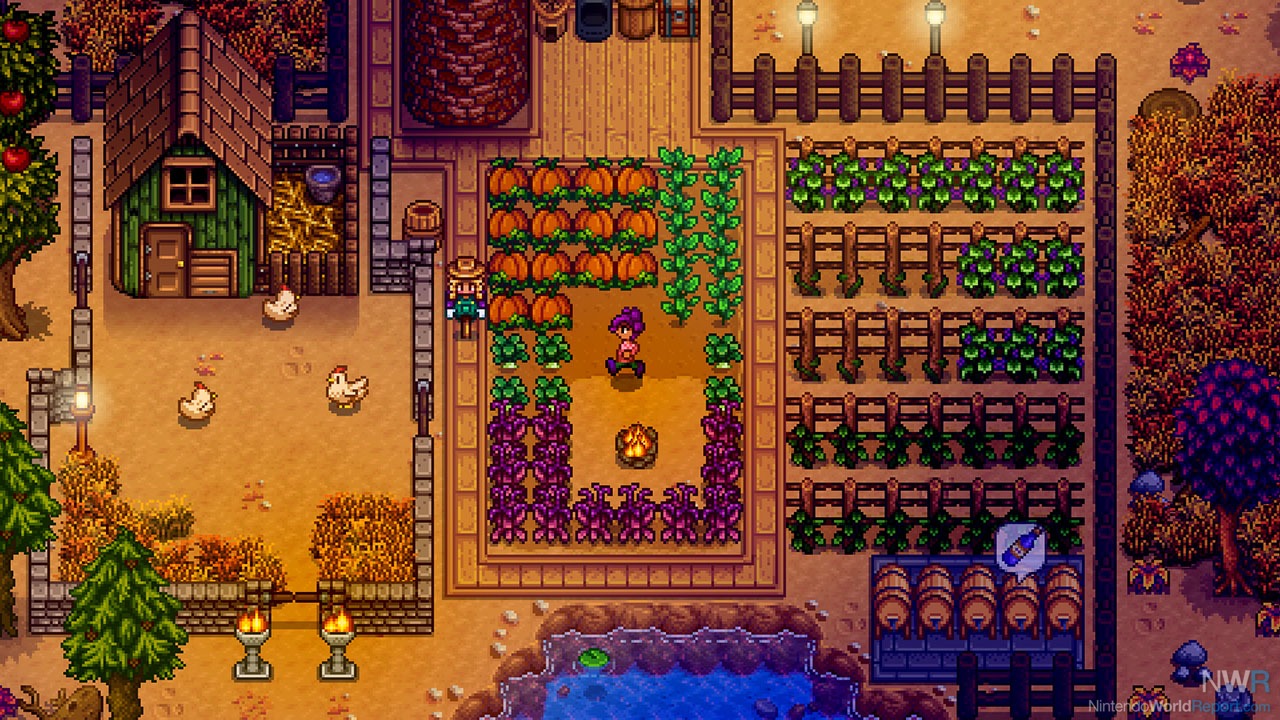 The gameplay is an addicting loop that has the player juggling several tasks within a finite amount of time. Each in-game day only lasts around 20 hours and the options are almost limitless. Growing crops, mining, fishing, socializing with the locals, completing quests, feeding your animals, and more activities will ensure that you rarely ever have time to waste. Something is always available to do in Stardew Valley accompanied by an ever-present feeling of progression. Your farm is always improving, you’re always raising your skills, and your relationships are all growing deeper every day. Not long after you boot up the game, you’ll discover your own personal rhythm and what works best for your play style. The addictive loop that comes afterward is one that will keep you up until the wee hours of the morning, not realizing you’ve played until your Switch’s battery has run low. I constantly kept telling myself I’d play “just one more day,” because there was always something important to do the next day, whether it was getting the proper materials to craft a new axe or upgrading my house so that I could get married.

Speaking of relationships, Pelican Town has a host of people to socialize with. One of the most surprising aspects of the game was that each and every character you meet has a story, and many of them are more interesting than you’d expect. You deepen your bond with people by giving them gifts and chatting with them each day, and you can see the progress your relationship has made by looking at how many hearts you have with them on the menu screen. Certain town folk are dateable, which can eventually lead to marriage and children, which is nice because your spouse will often help around your farm. Watching each person’s story unfold is one of the more underrated parts of the game, so I highly recommend spending some time with the characters you like, whether it’s Pam the town drunk, or Lewis the mayor of Pelican Town. 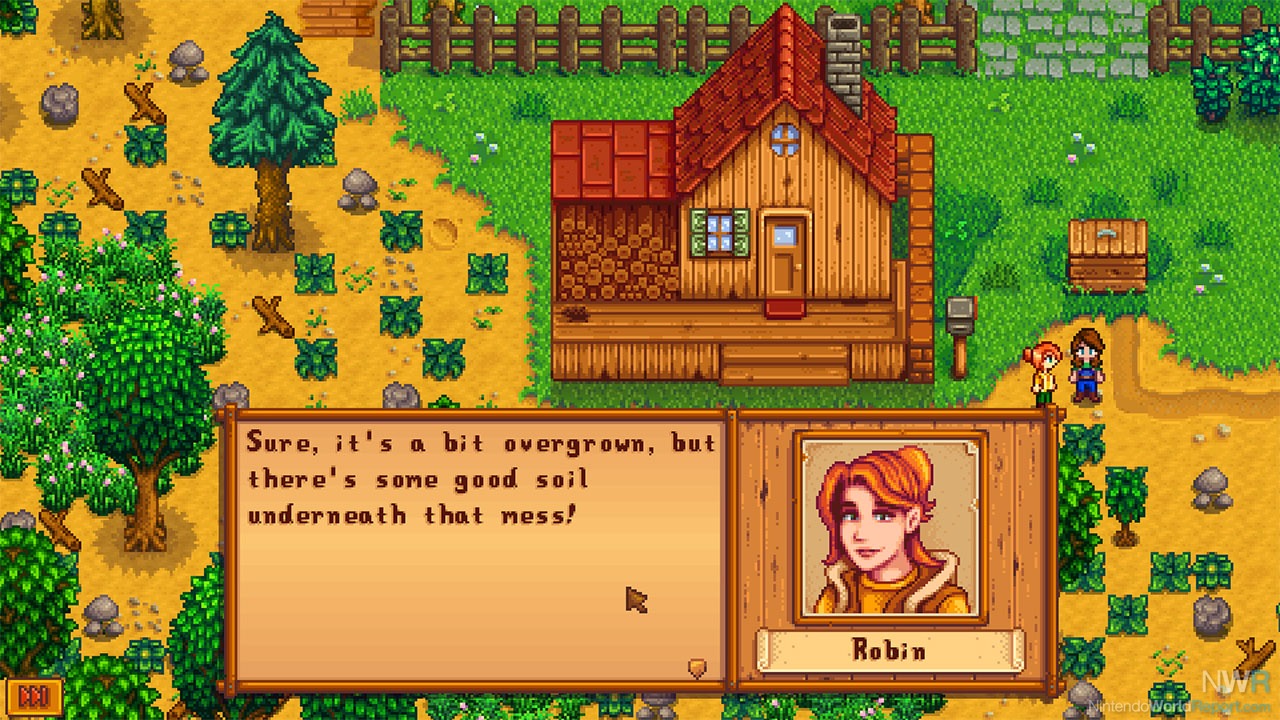 Stardew Valley isn’t totally perfect, though, as this version of the game comes with a few hang-ups. First of all, the time it takes to save your game is a bit of a nuisance, as it can take anywhere from 25 to 45 seconds at the end of each day. Other issues include some minor bugs that need to be hammered out. A handful of times, the game froze for a split second before resuming naturally as if nothing had happened. Another time during a festival, talking to certain NPCs would cause my player character to continue walking in the direction he was facing until I closed the dialogue box. The most common bug I encountered was one that repeatedly told me I had already met my quota for gift-giving (as you can only give people one gift per day), even though I hadn’t. My gift would still be taken, and the relationship would be improved, but the dialogue the character should say wouldn’t appear. While none of these issues were game breaking, they were minor offenses that broke the immersion from time to time. (Note: the developers have stated that they are going to try to address these issues)

Despite the occasional glitch, Stardew Valley is a welcome addition to the Switch’s quickly growing library. I’ve played over 30 hours of the game, and I don’t plan on stopping anytime soon. More crops are always available to grow, more upgrades are ripe for boosting my farm, and more minerals are mine to mine. It’s a game I can see myself coming back to time and time again for years, and that’ll be easy to do with the portable nature of the Switch. It’s a masterpiece, and a perfect game for Nintendo’s newest console.