Dragon Quest VII: Fragments of the Forgotten Past (3DS) Review

The seventh Dragon Quest is another classic in the long running series.

The one thing I kept thinking to myself as I played Dragon Quest VII: Fragments of the Forgotten Past is “I’m not completely surprised that Square Enix almost didn’t release this in the west.” This game is super long, one of the longest RPGs I’ve ever played, and that means there is a ton of text to translate. Sometimes that is a bad thing - after all, I have a life and need to pay bills. The world just can’t revolve around Dragon Quest 24 hours a day! But while many games at this length can get to be pretty tedious, Dragon Quest VII never dragged or dropped in quality. In fact, it’s one of the best role playing games on the 3DS to date. Dragon Quest VII is immensely rewarding in presentation, gameplay, story, and so much more.

Dragon Quest VII revolves around fragments of tablets you collect around the various islands you travel to from the past, which are filled with monsters and people with problems. The game’s story is told from the perspective of group of adventurous kids who set out to search for all these fragments, while piecing together a story that goes beyond just discovering new islands, and onto the aptly-named Demon King, who is set on disrupting peace in the game’s modern world. You will come across a ton of people and places during your adventure, which is where the game really shines. Each place feels unique, with its own wonderfully crafted dialect based various parts of real world languages. The overall story takes a while to fully unravel, but the self-contained stories that are told as you traverse all islands are interesting enough that it never comes across feeling like the story is dragging. 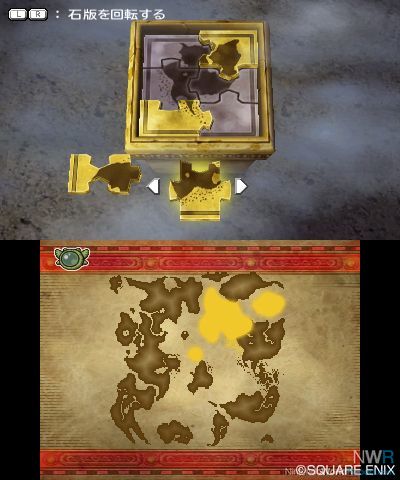 The localization it is probably my favorite script in an RPG in a long time. It shows the difference between Dragon Quest and other RPGs out there today in terms of execution. Even though both are based on fantasy worlds, Final Fantasy has characters and stories can come off as awkward, stilted and convoluted. Dragon Quest VII’s localization never felt like that at all. There is a real warmth and humor to it, perfectly executed in every way possible. The characters shine and come off real and relatable in their conflicts and issues. The game is so old- school in it’s simplicity that in 2016, it comes off as fresh and rewarding.

Gameplay wise, Dragon Quest VII doesn’t really deviate from the standard JRPG formula. You have basic, equippable weapons along with skills and spells that each character learns up until around level 15. From there, you can go to Alltrades Abbey (which is about 30 or so hours into the game) and start learning the class system, which is just the job system from RPGs, including Dragon Quest IX. It’s fun to mix and match between the various characters, all while learning to master moves and unlocking new classes. It doesn’t rock the boat, but then again Dragon Quest games usually don’t. 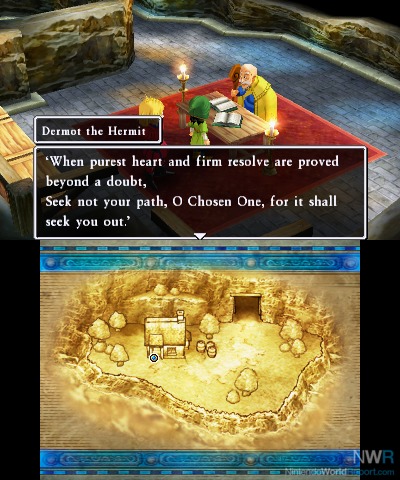 Another thing that hardly changes is the presentation, but when you have wonderful, colorful artwork by series mainstay Akira Toriyama, superb music by Koichi Sugiyama and the wonderful localization, what needs to change? Dragon Quest VII famously received a major upgrade from its Playstation roots in just about every way with a big, colorful map full of people. It wasn’t so much “charmingly old-school” in 2001 as much as “cheaply produced.” Some NPCs tend to look the same after a while, but it’s no big deal and perfectly in-line with other DQ games. There is always the right music to fill the mood, which the game manages to pull off perfectly when the right scenario or setting is in play. I hardly ever felt that the game was a sixteen- year- old remake of a Playstation title.

There is one issue I had with the game, though, and it was the camera in the overworld. I prefer to rely on the map on the bottom screen so I would know where I was going, but when you add a manual camera, it can be a real chore. Not enough that it hampers the experience, but it was the one blight that was noticeable early on and kept bothering me as I continued to play the game. I never really got used to it. 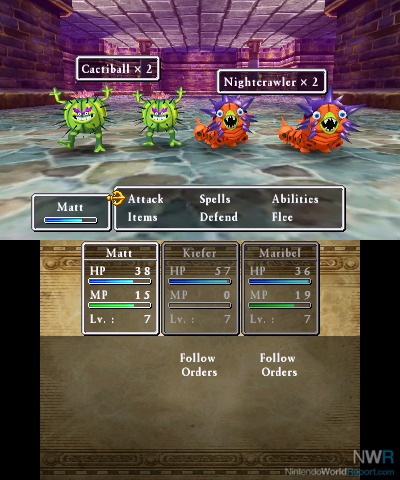 In the end, I’m very glad that I got the opportunity to play Dragon Quest VII on the 3DS. I didn’t think it was ever going to be released here since it came out in Japan back in 2013, but it did, and the experience was genuinely awesome . It’s certainly a long game, and that can be daunting to many who just want a pick -up -and -play adventure. It also doesn’t change or revolutionize the RPG formula, but I would argue that it didn’t need to -; its simplicity is one of its best attributes. If you can put the time and effort into it, you’ll find that Dragon Quest VII is a charming, wonderful game that is full of heart - something that, in many ways, only a Dragon Quest game can accomplish.

So happy that they decided to localize this.  I'm picking it up along with SMT IV: Apocalypse.  I'll be in RPG heaven for a long time.

I would have liked to get access to the class system sooner, but other than that this sounds like it's going to be awesome. Can't wait to start playing it tomorrow!

preloaded.
one more sleep! or maybe not...do these things unlock at midnight usually?

So excited!  Although I preordered from Best Buy (Canada) over a year ago... so it's probably going to be another week before my copy arrives.


That's ok though. I'm certainly not lacking in the backlog department, and am trying to make progress in Final Fantasy (PSP).