The series that wants to be the best like no one ever was is trying it again. 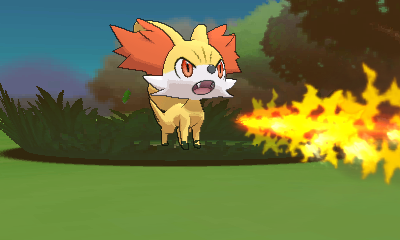 The Pokémon Game Show at Tokyo Big Sight on August 17 and 18 marked the first time for anyone on the planet to try out Pokémon X and Pokémon Y for the Nintendo 3DS. While the show was host to multiple events, thousands of people went for a chance to play the latest incarnation of the Pokémon series. After waiting in line for about twenty minutes or so, I too, became one of the first non-Japanese attendees to play the game. It has been a considerably long time since I delved into a Pokémon game, but I can honestly say that I walked away from the demo impressed.

Attendees were only supposed to get one chance to play the game and were given stamps on their program sheets so that they couldn’t game the system and play the demo multiple times. I ended up with two programs, so I luckily got to play the demo twice. Both versions of the game were on the show floor, and other than the starting Pokémon, both demos were identical. Version X started out players with Froakie (Keromatsu in Japanese) while Y let players use Fennekin (Fokko). The teams also included Sylveon (Nymphia) and Hellioptile (Eliketeru), as well as few others that I didn’t have a chance to write down. 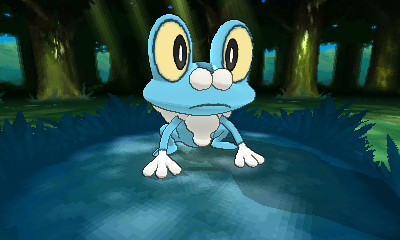 The demo puts players in the role of the female trainer, in a small, enclosed section of the world. My character was already wearing the roller skates that were shown in the initial trailer, making navigation pretty quick and smooth. As long as I was out of the grassy areas, I could move through at a pretty good clip. Gogoat, one of the rideable Pokémon in the game, was also available in a small enclosed area. One thing I noticed about the overworld, was that even with the 3D switch turned on, the 3D lamp on the handheld was off and seemingly not supported in that area of the game. With this being the first public demo, however, it is possible that it could be implemented in the final version of the game.

The Battle mechanics in X and Y are pretty much what Pokéfans have been used to with the past few iterations. While I don’t have much experience playing Black and White Version 2, I have had a few chances to watch a bit of the gameplay. In battle, actions are again handled on the touch screen. You can fight, check your bag, change Pokémon, or run away. You can access these by touching the large buttons on the touch screen or scrolling through them using the D-Pad or Circle Pad. Since it was the demo version, my Power Points and health were restored after each battle. My Pokémon were also all at level 30, while most of the wild Pokémon were at or around level 20. I wasn’t just limited to fighting, and could also catch Pokémon if I wanted to. My first battle was with a wild Pikachu, which after one hit was weak enough for me nab with a Pokéball. 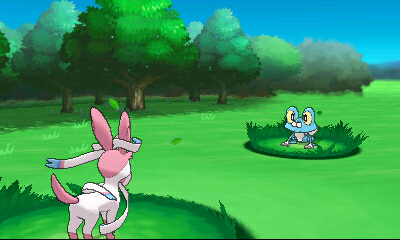 Visually, Pokémon X and Y look fantastic, particularly in the battle sequences. Once you start, your trainer throws out the Pokéball and your Pokémon emerges in full, polygonal 3D. Unlike the overworld, the battles make use of the stereoscopic 3D capabilities of the system. The depth of field and the crisp, vibrant colors feature the same aesthetic found in the Pokémon anime and feels closer than ever to what the concept art portrays. Each Pokémon has different animations while idle and after they attack and receive damage. Sylveon, an evolution of Eevee, looked particularly stunning with its weird, bow like hair (appendages?!) floating around softly. Attack animations temporarily bring players away from their view behind the Pokémon and move on to show exactly how the Pokémon will be dealing damage. You don’t see them directly hit the opposing Pokémon, but it still looks great and makes for a more immersive, quasi-realistic experience.

After fighting several wild Pokémon or trainers who are loitering around the area, I then had to fight with the new professor from X and Y, Professor Augustine Sycamore (Dr. Platane in Japanese). He gave me a level 100 Mewtwo and challenged me to a battle with three different level 100 Pokémon of his own. With Mewtwo being ridiculously powerful, it wasn’t long before I vanquished the Professor’s Pokémon, which brought the demo to an end. 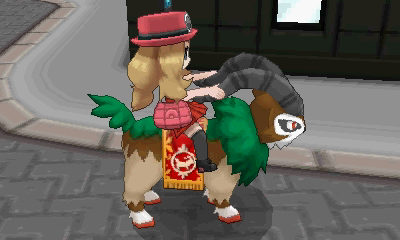 Most of the demo was great in nearly every conceivable way. However, one thing that I did notice from time to time, particularly during the battle sequences, was slowdown. Sure, this is just a demo build, so it’s possible that these kinks will be worked out in the final version of the game. The game sometimes stuttered when the battle options appeared on the touch screen, affecting both screens. Other times, it seemed like the animations were a little bit choppy when the 3D effect was turned on. It wasn’t awful, and I didn’t have a whole lot of time to test it out, but it was noticeable and will hopefully be taken care of before the game releases this October.

Pokémon X and Y have gotten me excited about Pokémon for the first time in a long time. The complete graphical overhaul and anime aesthetics mixed in with the already stellar gameplay made this demo a lot of fun. Pokémon faithful and those that have shied away from the series for years should keep their eyes on Pokémon X and Y.

just found out that the three legendary pokemon are based of the guardians of yggdrasil(norse legend).
A deer, a hawk and a dragon which suggest's that there will be a Z.
Also the mega are the gods e.g electrike=Thor etc.
So i'am really looking forward to this game.
P.S Still don't know what mega lucario is though.
P.P.S i think this is the longest post i've ever made that's how excited i am!!!
this deserves a
FFFOOOCCCUUUSSS BBBLLLAAASSSTTT!!!

I really would like for this series to engage me again, and I plan to pick up one of these twos games when they launch in a few weeks time. Having said that, since the original reveal everything I've read about these games has given me pause. As a lapsed Pokémon fan I have yet to hear of any substantive changes other than the move to polygonal graphics. Hopefully I'm wrong, because if X/Y turns out to be yet another iterative improvement on the longstanding Pokémon formula rather than something truly exciting I'm going to be pretty bummed out.

I feel like the over world should be in full stereoscopic 3D. It's almost like a let down that only the battles are. It like buying a video game and only half of the game is on there. I really hope that Game Freak, Nintendo, The Pokemon Company, whoever fixes this because i really believe thats what the fans want: the full game to be in stereoscopic 3D. I've played every generation faithfully and this is what i've been waiting for, a full 3D Pokemon game.