Uncle Scrooge and his gang are back, and they won't shut up about it. 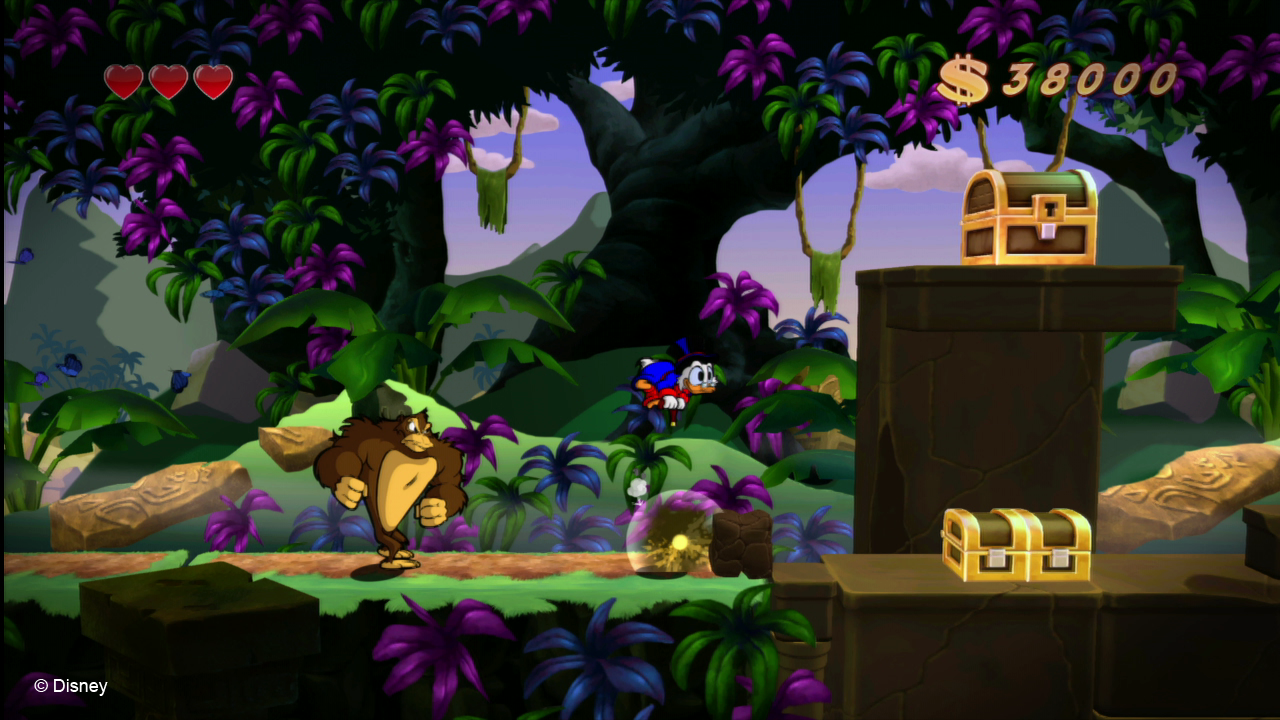 Just like everyone else who has watched the DuckTales show and played the game as a kid, I have longed for the NES classic or its sequel to be released on Virtual Console. So many of its elements came together just right. The sprites looked like the characters of the show, the premise of the game made sense (Scrooge hunting for treasure around the globe), and while Unca' Scrooge has never used his cane as a pogo stick in his TV adventures, the gameplay mechanic was inventive and felt great.

It comes as a great relief to me that Wayforward-developed remake DuckTales Remastered does so many things right. Primarily, the controls are just as responsive if not more so than the original, which is necessary to tackle the old school platforming challenges ahead. In fact, the pogo stick controls have been simplified: you only need to press the B button while jumping to initiate it. Pressing down is no longer required, and I welcome the change, though die-hard fans can switch to "Hard" controls in the game's menu. 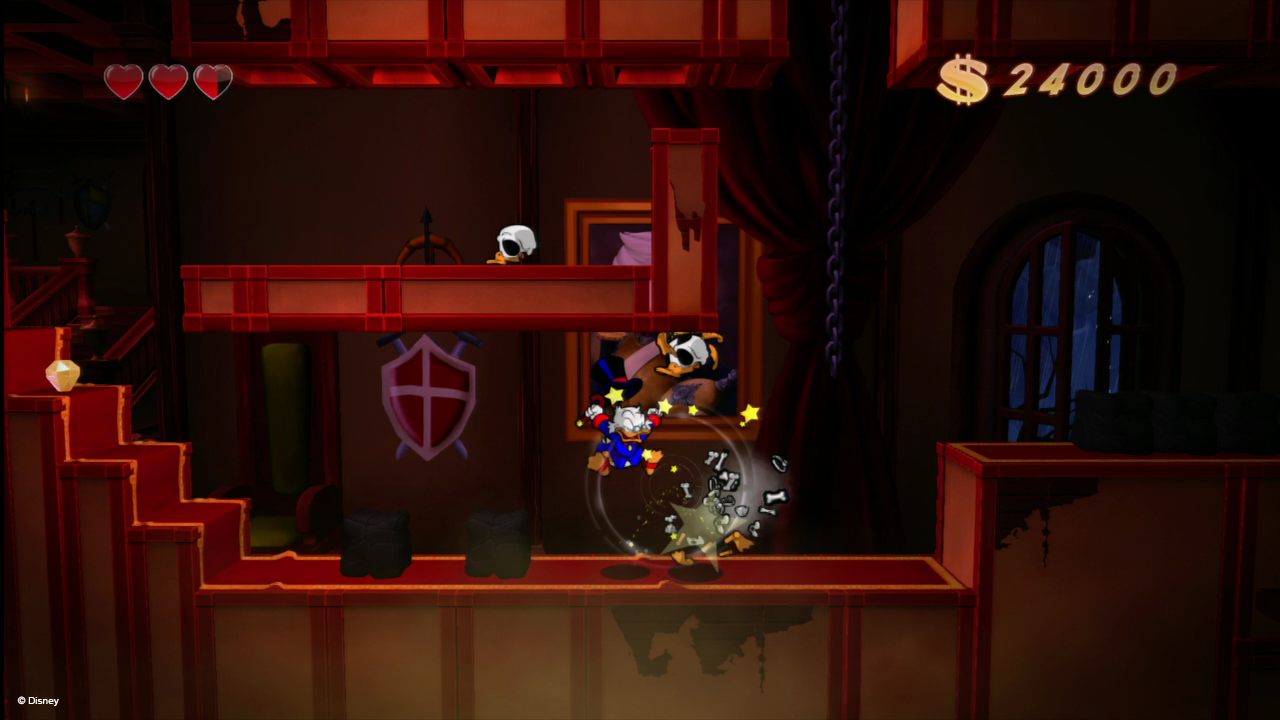 There are three difficulty levels to choose from which do more than just increase the damage you take from enemies and obstacles. On the Easy difficulty, pressing Start shows you the full map of the level right away. On the Normal difficulty, you discover the map as you explore. And on the Hard difficulty, you get no map at all, and in addition will get fewer healing items. The representative at the demo kiosk could not confirm any other changes such as extra secrets or alternate endings.

The levels are faithful recreations of the originals, complete with remixes of their catchy tunes. However, several changes were made to ensure that veterans won't blow through them in 30 minutes. First, the levels contain additional areas, such as a new section after riding Launchpad's helicopter in the Amazon level. Second, they have more to do in them: instead of just having to reach the exit, you may have to scour the levels to find key items. Finally, the bosses have more attacks and patterns at their disposal and take much longer to dispatch. 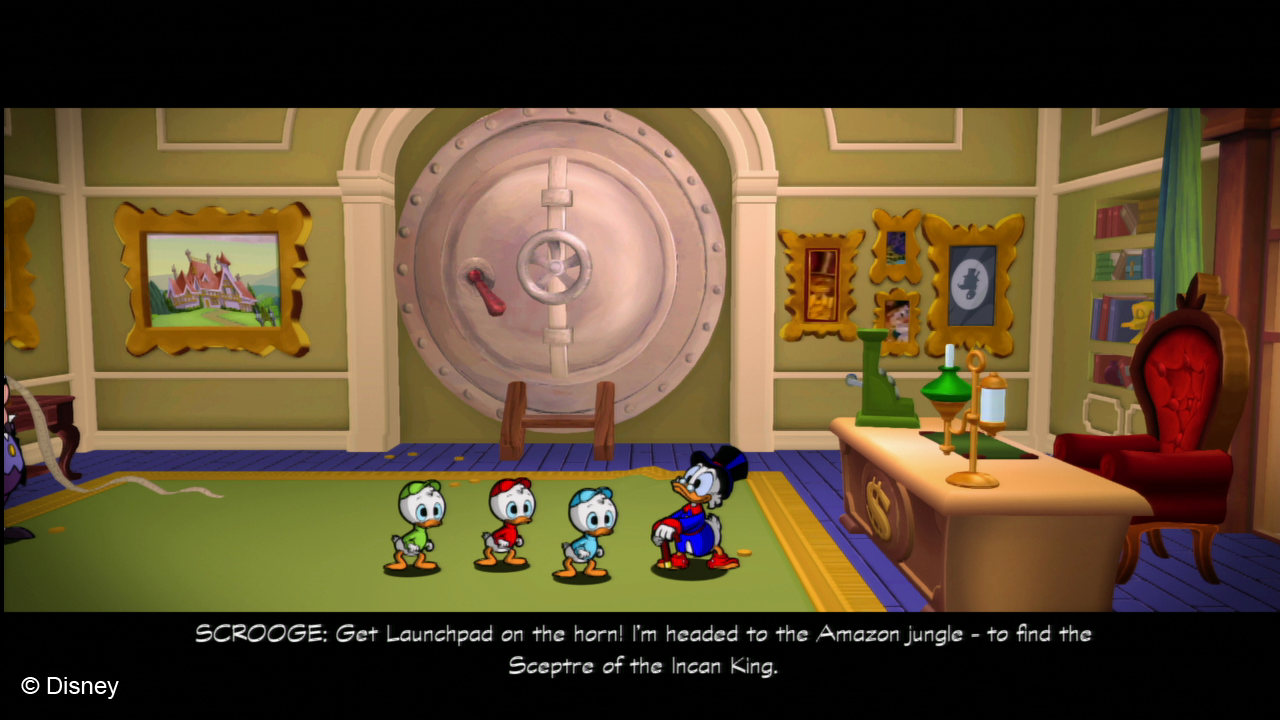 The 2D characters are incredibly expressive and well-animated, particularly during in-game cutscenes. The backgrounds are beautifully detailed and varied. The Transylvania stage is particularly striking with its cobwebby rooms, gigantic portraits on the walls, and sumptuous mountains as you ride the mine carts.

As you can see, there is a lot to be excited about this remake for fans of the original DuckTales game. However, I do have one gripe with the flow of the game: the constant interruptions. I have rarely seen cutscenes this intrusive. They make the game stop to a grinding halt so that we can hear the characters very slowly provide exposition. You can quickly skip them by pressing Start and choosing Skip Cinematic in the menu, but there are so many of them that it remains disruptive. In the Amazon level alone, every time Scrooge finds one of the eight or nine giant coins required to reach the boss, he stops to talk to Launchpad on his radio. By the time you've finished the level, you've been interrupted a dozen times. I understand that they help kids be invested in the story, but for the people who just want some old school NES action, they are incredibly annoying. 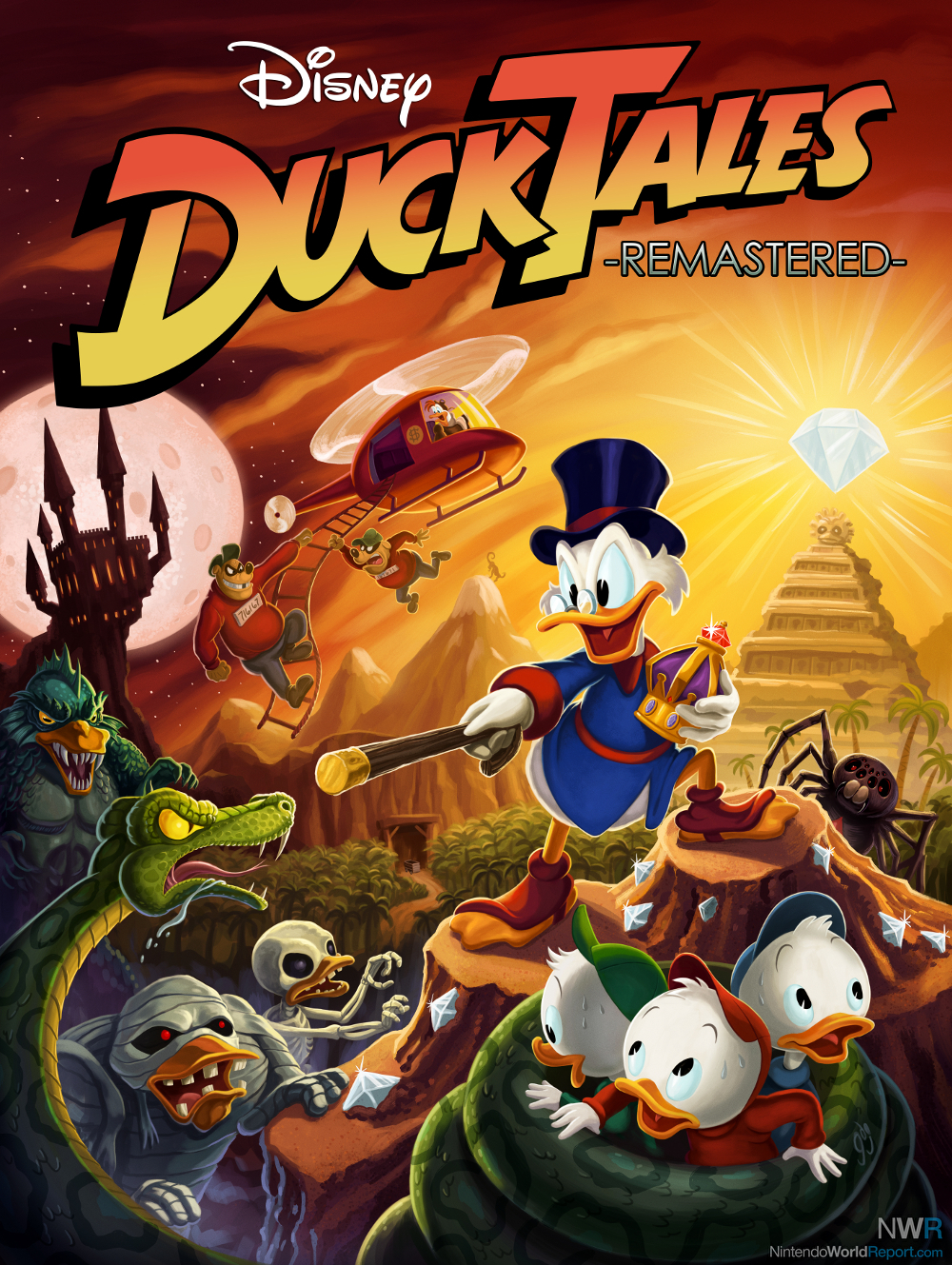 Still, I am looking forward to the game more than I was previously. Hopping on a pogo stick remains as fun as ever, and the Wii U version of the game may have the edge in terms of controls due to its digital buttons (on a PS3 controller, Scrooge tended to quit pogo-ing in mid-air for no reason). The game looks sharp on the GamePad's screen, though I vastly preferred watching the action on the big screen. The Capcom representative couldn't confirm if the game can also be played with the Wii U Pro controller or, for extra authenticity, a sideways Wii remote.

Look forward to downloading undiluted nostalgia (and a very fun game in its own right) on your Wii U in the coming months.

Sounds great, and I loved the show (my second grade art project was a cardboard Scrooge McDuck money vault) and original game, but I really hate remasters these days that look like flash games.

It doesn't look like a flash game at all. It's very pretty!