There's much more to this game than you may have noticed! Here's all we know.

There are now three trailers for Super Mario 3D World that Nintendo has released, and they are all amazing. Anyone who just assumes this is simply a HD version of Super Mario 3D Land with new levels is gravely mistaken. Nintendo is truly packing this game to the brim with everything they've learned over the last 30 years of Mario. There have been so many details the trailers have thrown at us, it's almost hard to keep up!

This Guide is going to attempt to construct a detailed analysis of everything we know about the game based on the video footage we've seen and the short demos we've been able to play at E3 and beyond. I also recommend checking out Aaron's impressions from his recent time with the game. 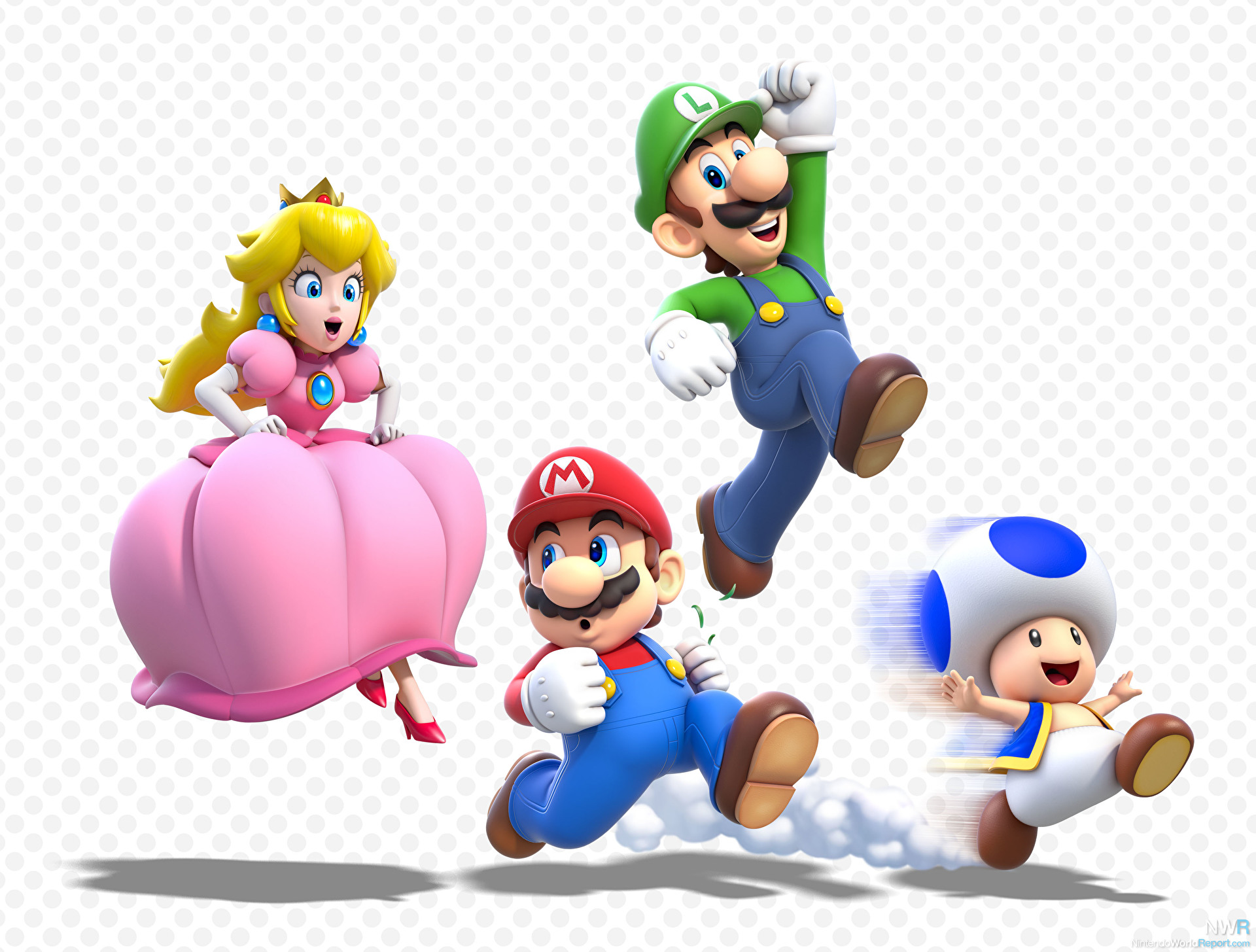 Before we get into the nitty-gritty, let's go over the obvious facts. 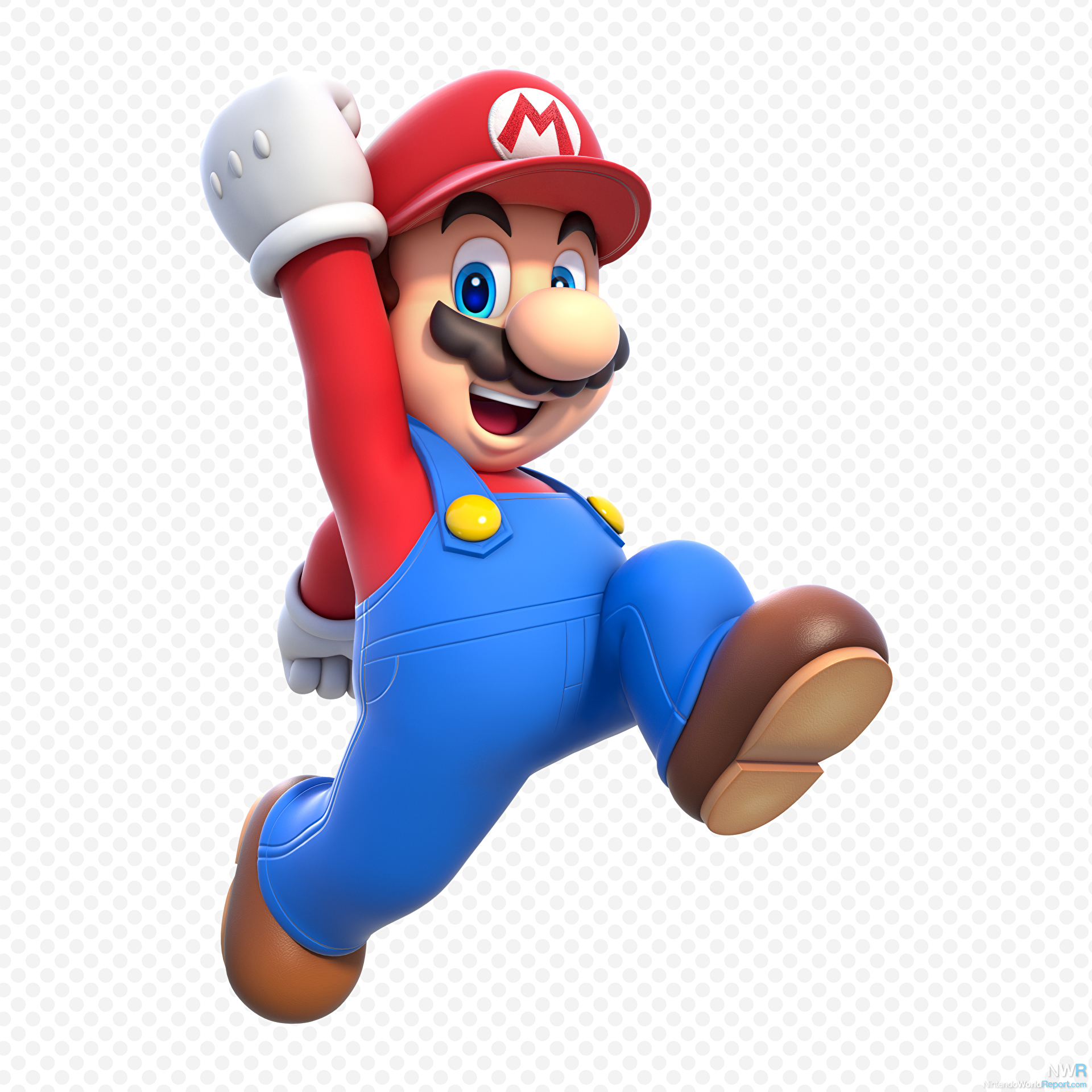 This is the first multiplayer 3D Mario title with cooperative simultaneous action. It's also the first 3D Mario game that incorporates a score tally like the classic NES games and the New Super Mario Bros. series. Much like in Super Mario Bros. 2 way back on the NES, the last main Mario game in which Peach was playable, the four playable characters all behave in a slightly different fashion. Luigi jumps higher than Mario, Peach can fluff out her dress like a parasol and float in the air, and Toad is the fastest runner. 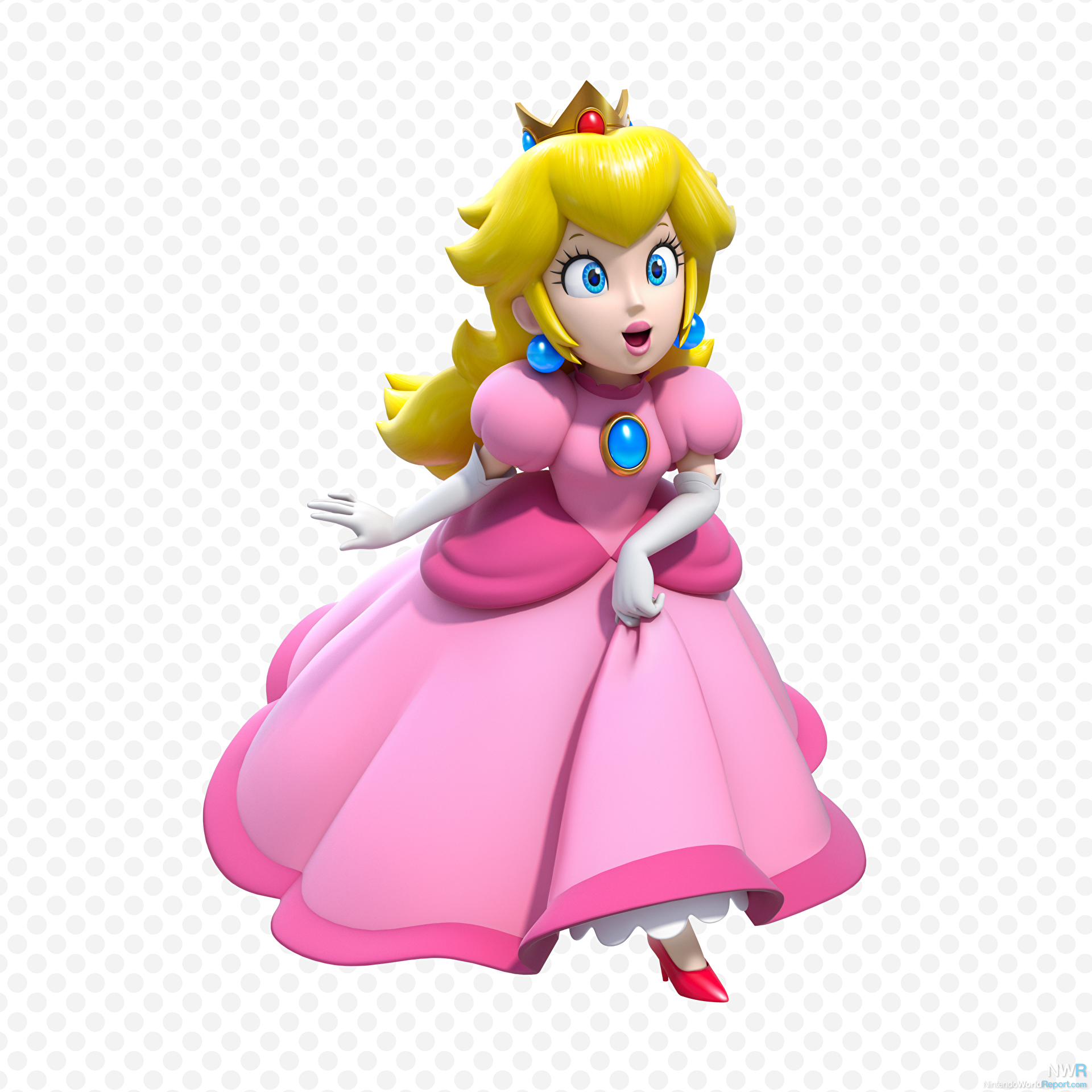 Most of the moves from previous Mario games return, such as dashing, wall kicking, ground pounding and an array of different jumping techniques. We've also seen Mario and friends get a sudden burst of speed while continuously dashing away from enemies.

Players will be able to store a spare item for safekeeping and use it later, as seen originally in Super Mario Word. The GamePad is able to be used to change the camera angle in first person view, likely for the purpose of Miiverse photo ops. Speaking of Miiverse, there is a large selection of stamps the player can collect, consisting of classic-style 2D Mario artwork, to use in their posts . Players can also share ghosts of their best times in each course which they can race against. 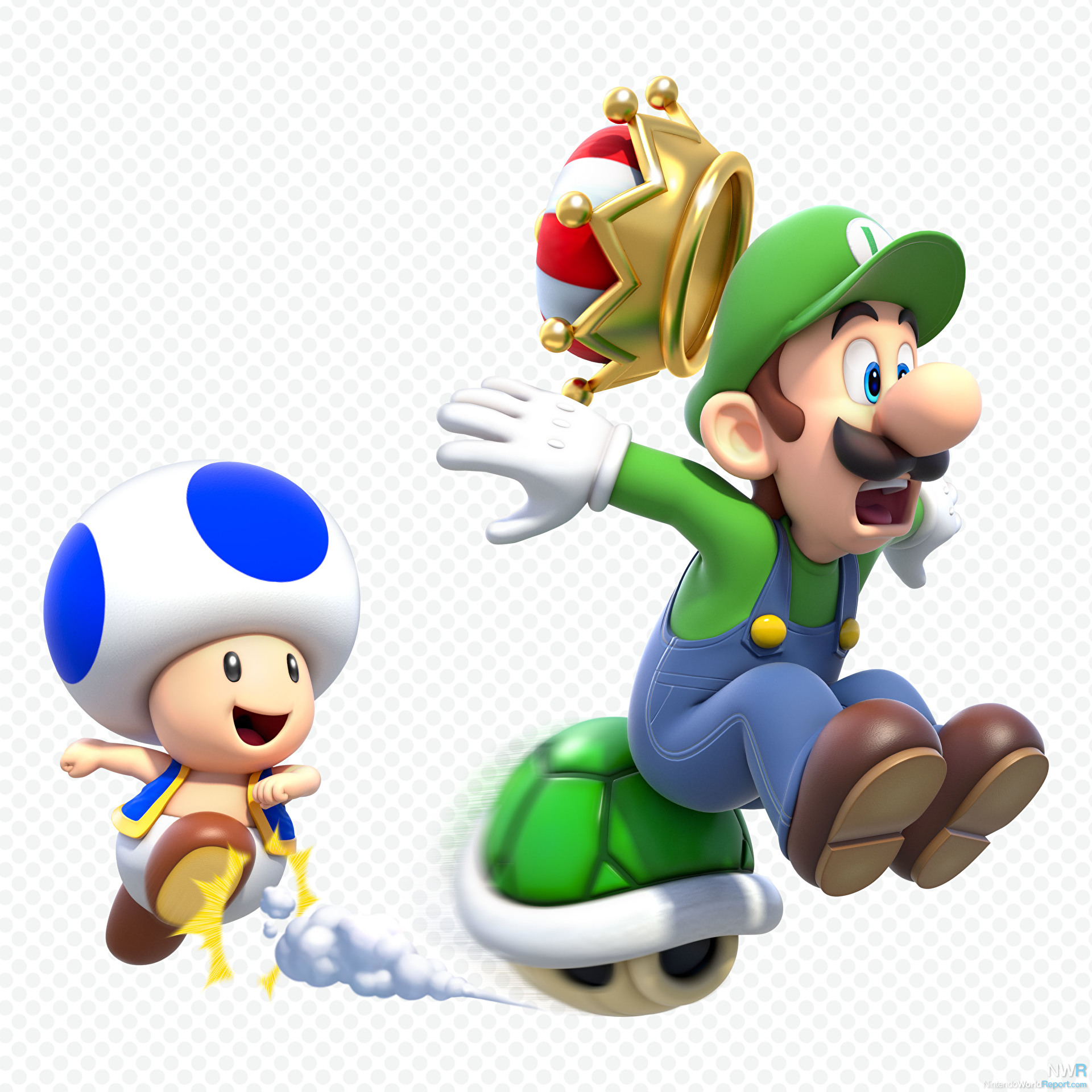 The player holding the GamePad is able to grab and restrain enemies using the touch screen and can even grab hold of moving or rotating platforms to keep them still. Drawing on the touch screen also reveals hidden blocks and coins throughout the levels, requiring thorough investigation to find everything. Like in the New Super Mario Bros. series, if several players perform a Ground Pound move at once the whole area will quake as if a POW Block has been thrown. This technique can defeat enemies and activate secrets. In the multiplayer mode, whoever earns the most points in a level will be given a shiny crown to wear for the next level, but the other player can attack the leader in attempt to steal the crown away, earning a bonus at the end of the stage. 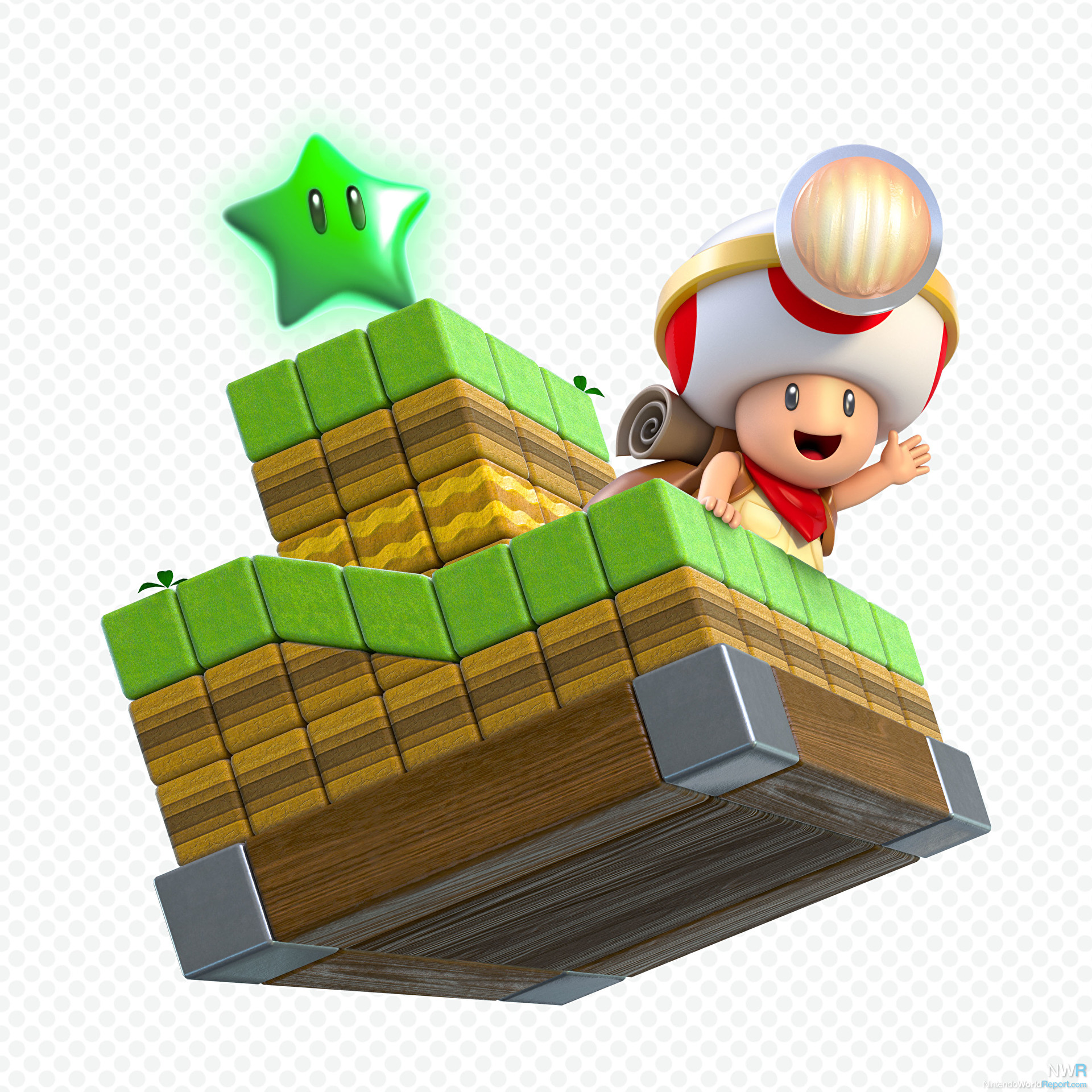 The game will also feature one type of level called The Adventures of Captain Toad. In these levels you play as the Toad Brigade captain, first appearing in Super Mario Galaxy, and you must navigate obstacle paths and avoid enemies without the ability to jump.

The Story of the Sprixie Kingdom