The Legend of Zelda: A Link Between Worlds - Review Revisit

Just another romp in Hyrule, or a timeless classic in the making?

When Link Between Worlds was announced there were mixed reactions. Some were skeptical of the art style, others were just excited to jump back into the world of Link to the Past. In either case, the game was another hit for the 3DS.

Our own Neal Ronaghan was thoroughly impressed by the game in his review: A Link Between Worlds is a delightful adventure that hits every high note a 2D Zelda game has ever produced while creating many new hallmarks of its own. In a year filled with quality 3DS games, A Link Between Worlds is another fantastic entry on a system that is quickly becoming home to a number of instant classics. It’s been almost six months since the review was published, so we’re taking another look back to see how the title holds up after all the praise has died down. 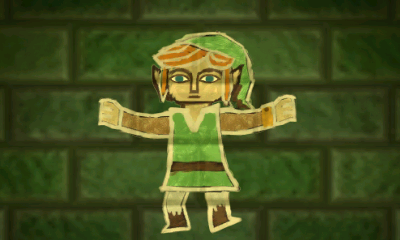 Justin Baker, Reviews Editor: Link Between Worlds was exactly the Zelda game I needed as an adult. Not too hard, easy to experience the content on the go, and chock full of goofy characters and references to A Link to the Past. It was a bit on the short and easy side, but that just meant I was able to get through the entire game in a reasonable amount of time and move on. It sounds like heresy, but these days the more content they can pack into a smaller package, the more likely I am to play a game. Link Between Worlds is just that: a huge amount of content packed into a small package. Even though I’ve beaten the game I’ll still fire it up once in a while just to run around the overworld and listen to the amazing music.

Addison Webb, Associate Editor: Like most Nintendo fans my age, The Legend of Zelda: A Link to the Past is a game I hold fond memories of so I was excited at the thought of playing the direct sequel. Being my favorite series, I usually can be forgiving of the flaws of some of the individual games, however The Legend of Zelda: A Link Between Worlds was a letdown on many levels for me. Due to the game’s short, uninspired dungeon designs and bossfights, I might not even consider this game in the top five Zelda Games playable on the 3DS. On the other hand, as a fan of the series, the games music and nods to A Link to the Past warmed my hardened heart and kept me playing. The controls and visuals are very fluid, making the traversal of Hyrule quite enjoyable. The game gets moving quick and does not overuse tutorials like many recent Zelda games. A Link Between worlds is also one of the Best uses of 3D on the 3DS. This game would be a great entry to the series for a young gamer, but veterans of the series might be disappointed by its lack of challenge.

Aaron Brown, Associate Editor: This was actually the first Legend of Zelda game I ever owned. Needless to say, my expectations were up there since the franchise is highly praised by many. Now, I know I should have played A Link to the Past prior to playing this, but I didn’t. However, I don’t think it would have improved my time with the game, considering how much I loved it when I dove in. Everything about it just felt right. The controls felt quite amazing, and the fact that it simply throws you in and let’s you decide where you want to start is nice. You gotta love that freedom. The title has also been known to be on the easy side, which I wouldn’t necessarily count that against it. Difficult or not, the game was downright fun. It does a lot of things that a game should do, and does it extremely well. Oh, and I didn’t even mention about the game’s main schtick--I found that to be straight up endearing and a great addition to the puzzle aspect. Overall, I have hardly any gripes with this aside from that inventory. I found it hassling from time to time if I needed to switch items while in the thick of some action. In the end, this was a great intro to the series for me, it made me want play through some more Legend of Zelda games. Keep ‘em coming.

Andy Goergen, Managing Editor: A number of years back, I started down a quest to replay the entire mainline Zelda franchise from beginning to end.  Somewhere around Oracle of Seasons, I began some serious Zelda burnout that led me to believe that I’d had enough of the series for now. Eventually I decided to skip ahead to Majora’s Mask,which I enjoyed immensely.  What I took away from this experience was that, much to my own surprise, I found I enjoyed 3D Zelda games much more than their top-down predecessors. Thus, when I heard that the new 3DS Zelda was very much a top-down throwback experience, I was concerned.

Turns out, I didn’t need to be.  A Link Between Worlds was an absolutely blast from start to finish, and I completed it more quickly than any other game in the series (not including beating Skyward Sword in one week for review). The painting mechanic is excellent, the music is familiar but exhilarating, and the new open exploration angle made me feel like it was 1987 all over again. This is not a perfect game, but it is a reminder of what this series can be when it hits all the right notes.

Now, about that Majora’s Mask remake…

I do wish more sites would do features like this because time does seem to change how we feel about games. If you think about how many sites gave GTA IV or V perfect scores, how many of them would do it now? Skyward Sword got great reviews, and in hindsight, many people don't feel it holds up as well as it reviewed. On the flipside, a lot of people were down on Wind Waker when it released, but think it's among the best Zeldas now (especially the HD version).

As far as A Link Between Worlds, this game just hasn't hooked me the way other Zeldas have (I've been sitting by the save "wind vane" for the final level for months, just not caring enough to go in. I love how it uses the wall merging mechanic. I think it uses the system's 3D effects as well, if not better than any game on the system. However, putting it in the same world as LTTP makes it feel too much like an extension of LTTP and not its own game - especially when the story is formulaic Zelda (light world/dark world, collect trinkets, save Princess). It's like when a band releases a 20th Anniversary edition of one of their masterpiece albums. They tweak the sound to make it pop more, they add 6-7 unreleased songs, but no matter what they do, it's not going to feel new. It's a good game, it's the best Zelda handheld game since the Game Boy era, but I think I too prefer the era of 3D Zeldas.

Played it last week again actually and I only had one problem with it. The dungeons are not as difficult or long as they were in ALttP. Compare the two Turtle Rocks, one is a labyrinth and the other is a 2 floor mini dungeon. The only dungeon that reminded me of the ALttP style dungeon is Ice Palace because I kept getting lost and confused, just like I used too in the original Ice Palace.

Otherwise, it held up perfectly well against ALttP and I was happy with it.