CastleStorm was quite a treat when it arrived just after Christmas last year on the Wii U eShop. Its addictive gameplay and witty writing helped make it one of the eShop’s best hidden gems. The game must’ve performed up to Zen Studio’s expectations, as they’ve released a DLC pack, From Outcast to Savior, that was previously only available on the PC, PlayStation 3 and Xbox 360. While this DLC pack isn’t very long and doesn’t expand too much upon the foundation of the game, it scratches a necessary itch for CastleStorm players who already beat the game’s campaign mode. 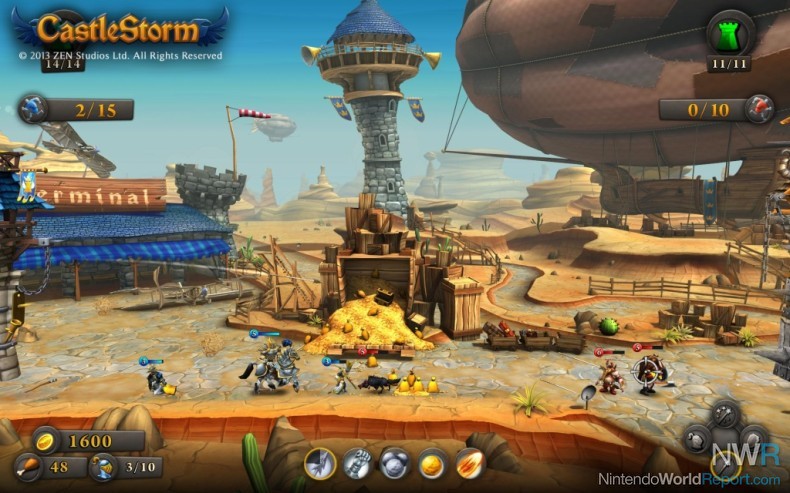 From Outcast to Savior takes place after the events of the normal campaign mode, as you play as a soldier who wins a spot in the king’s Royal Guard, which doubles as a new class for the game. There are six different stages, each with two to four scenarios each. While it seems like it’s a miniscule amount of content, the challenge these new stages present will keep you occupied for at least a few hours.

The gameplay, music, and sound are taken right from the standalone game, but the new additions come in the form of a few new weapons, such as the Iron Fist which is highly effective in taking down your enemy’s castle walls, and the Carpet Bomb which flings a barrel above your enemies and releases a string of bombs. Using these new weapons is incredibly satisfying and adds a new layer of strategy to the game’s existing Survival, Skirmish and multiplayer modes. 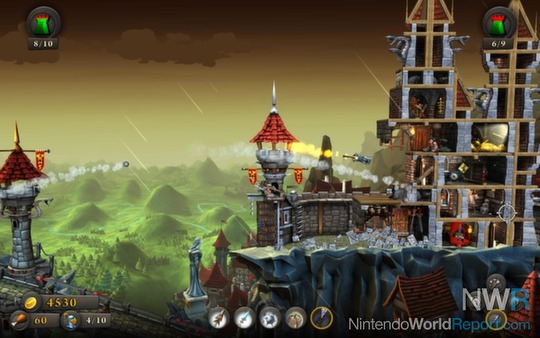 Despite the campaign not taking more than three hours to complete, along with the final stage not taking advantage of the new weapons, From Outcast to Savior is still worth it for using the new Royal Guard class in the other modes of the game. This is one DLC pack that should keep you busy all throughout the… knight.