Almost five years ago, the Wii got its first Mario Party game, Mario Party 8. While many fans enjoyed the entry, some felt the series had reached its lowest point. Many hoped the next game would successfully improve on the standard formula. But while 8 was the first Mario Party game to be released on the Wii, for a long time it looked like it could be the last one, too. In 2010, Nintendo released Wii Party, made by the development team (now known as NDCube) responsible for the Mario Party series. Many worried fans took the existence of this new party game as a sign that Mario Party was no more. Thankfully, Nintendo later confirmed the release of Mario Party 9, a game that, even though it took five years to get here, is the brightest the series has ever been.

Rather than just sticking to its traditional formula while adding new concepts and mechanics on top of it, Mario Party 9 completely redefines itself by eliminating features and giving extra focus to the basics. Players no longer gather coins in order to buy and collect the most stars. Now, players collect mini-stars, with the player holding the most at the game's end winning. This change eliminates the stress of collecting as many coins as possible and trying to get to Toad's location on the board. Much like previous Mario Party outings, players gather mini-stars by completing mini-games and other games of chance sprinkled throughout the board. 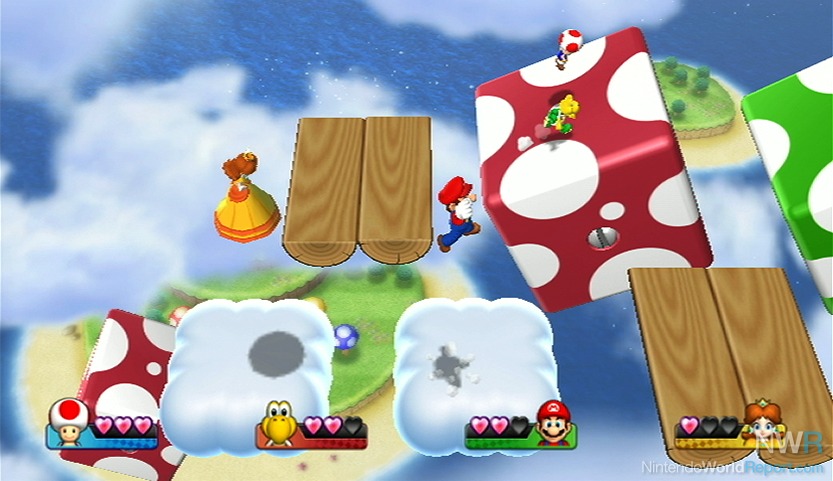 Boards, another change seen by the franchise in Mario party 9, no longer run in a loop. These playing fields now have a clearly defined beginning and end. Instead of individual players moving around the board at their own leisure, the group travels together in a vehicle. Whenever a player's turn is up, they act as the captain of the vehicle. This allows all players to participate and focus on reaching the finish line rather than moving around on their own. As limiting as this may sound at first, the vehicles in Mario Party 9 are actually a clever addition that speeds up the pace of the game, ousting superfluous actions within a player's turn and making the process flow smoothly.

Even with the streamlined approach to traveling, though, the boards, excitement, and unpredictability of the Mario Party franchise is still present. At the middle and end of a board there are boss battles in the form of a mini-game played against the board's villain. The objective behind them, aside from taking down the boss, is to gain mini-stars to add to the final tally. There are also special spaces that can yield surprise mini-games, as well as board events and more. Each board even has its own set of traps and events that make exploring them that more enjoyable. 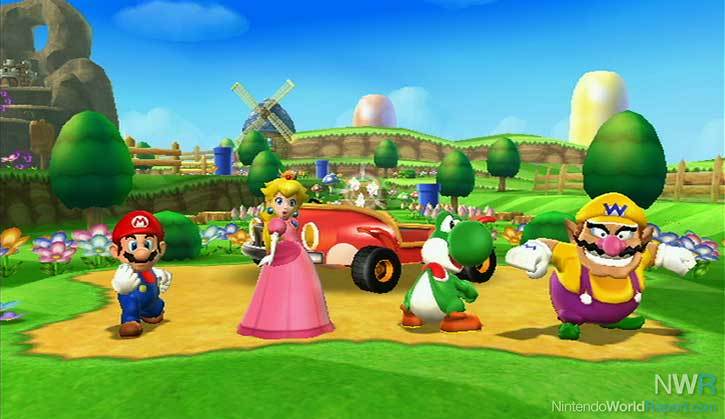 Of course, gone are the status changing items common in the previous games. In their place are dice blocks with different numbers on them. Die hard fans of the franchise may see this as a con, as many would devise strategies based on what items they received, but the elimination of said items allows the game to flow more smoothly and keeps things interesting throughout the 15 to 30 minutes spent on a board. It is an idea first seen in Wii Party, and is greatly implemented in Mario Party 9. Games are much more interesting because the feeling of progression is satisfying, as events moves at a fast pace without sacrificing the excitement of the game. Luck is still a big factor, which means the best player isn't always the most likely to win in the end. The essence of what made Mario Party such a favorite among multiplayer game fans is still present, though it has been trimmed down so everyone can fully enjoy it without the feeling of lagging behind.

The trademark mini-games have also been slightly scaled down in terms of controls and design in order to fit in with the new simple design. Unlike Mario Party 8, which tried to utilize all of the Wii Remote's assets, Mario Party 9 has more straight forward controls, usually just using the Wii Remote on its side for classic controls or basic tilt motions. At first, it feels like it is relying on basic ideas rather than being more ambitious. In truth, however, the controls are polished. There is no learning curve when you begin each mini-game, which makes them more entertaining since players have the chance to enjoy the game instead of fighting against the controls. 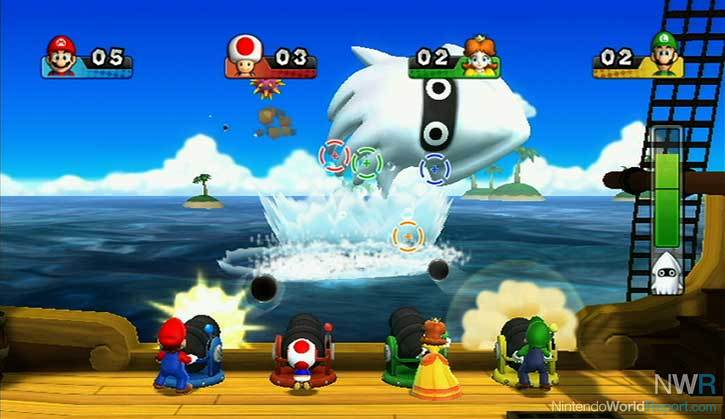 Easily one of the best things about Mario Party 9 is its wealth of gameplay options. Players don't have to stick to the classic board gameplay in order to enjoy it. Mini-games can either be played on their own or through alternate game modes that play differently from the board game version. This adds a whole new dimension of gameplay, as the mini-games can still be fully enjoyed, but experienced through a new light. Such is the case of Perspective Mode, where the camera is placed on a different angle from the original game. As if the selection of over 80 mini-games wasn't enough, there are even more activities that sit independently from the other mini-games, Shell Bowling being an example of this initiative. Extras can also be obtained by collecting Party Points and using them to buy features such as new vehicles, or new stars and boards.

Even if the pros outweigh the cons in Mario Party 9, cons are still present. For starters, luck is still a major element of the game. Like I mentioned earlier, the best player doesn't necessarily become the winner, as even the player far behind can get ahead in just a few moves. While this is not a real game breaker, as it was in other entries of the series, those who want more skill out of their game will not really find it here. The boards themselves are a tad dull due to the more linear approach of traversing through them. There aren’t any real big surprises or secrets to discover, so once you have explored one, you know what to expect. There is also no online component to speak of. The game is still best enjoyed with other friends, even if it does offer many single-player modes.

The Mario Party aesthetic, much like in the Mario franchise as a whole, has always been bright and colorful, and Mario Party 9 is no exception. It is easily the best looking game in the series so far, thanks to a widescreen mode (that wasn't present in Mario Party 8), consistent frame rate performance throughout, and great use of textures and lighting effects. The audio design also presents a bright and cheery disposition, though characters still repeat lines and the music won't stick around in your mind for long. 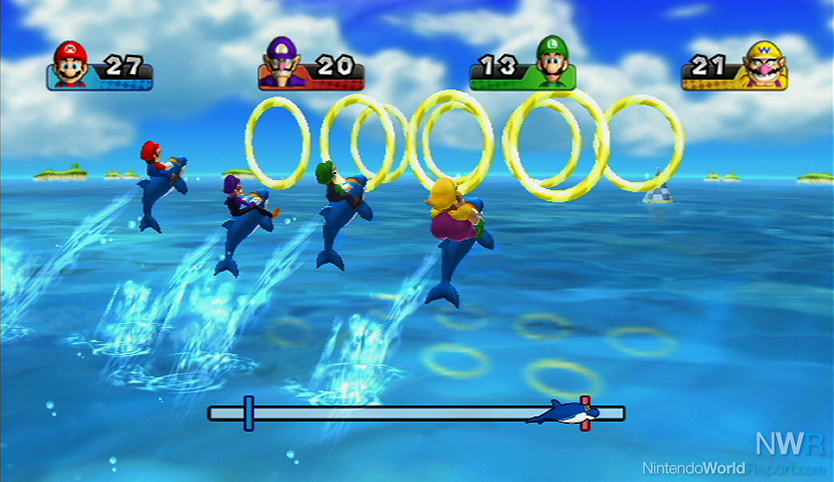 The five-year wait for Mario Party 9 has done great favors to the series. The game manages to keep the hectic and wild spirit Mario Party is known for while eliminating superfluous gimmicks and features that slowed the pace down instead of making it equally interesting for everybody. The more die hard fans might lament the loss of some of these features, but it is all so well executed that few will pay attention to it. Add to this great graphics and tons of gameplay features, and you have what may be 2012's best party game on the Wii.