The next Mario game has some exciting secrets! Possible spoilers inside!

New artwork for Super Mario 3D World has revealed some interesting details about the game's world. The picture shows a sweeping overworld view showcasing many elements from the game, including the usual array of level types, enemy appearances and subtle hints.

We can see both Boom Boom and Pom Pom riding a steam-engine train made from a Banzai Bill (ha- bullet train), a sunken ship that's bound to make a level appearance and the return of the Bully enemies from Super Mario 64. It also looks like Koopa Troopas will pop out of their shells when stomped on, just like in the original Super Mario World. 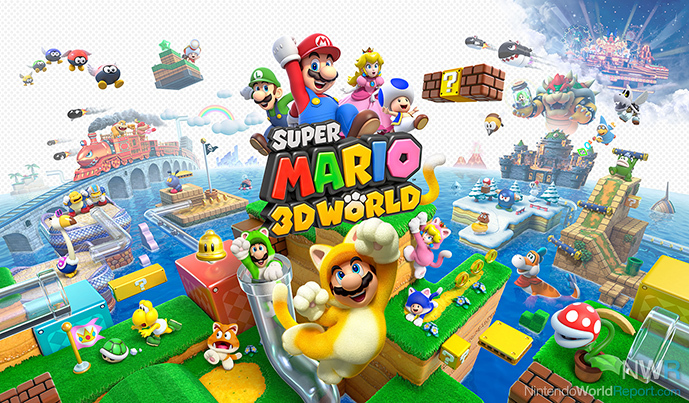 The picture in question.

In the top corner of the picture, however, you can see what appears to be the final world consisting of an enormous theme park in the sky, fashioned after Bowser's image. 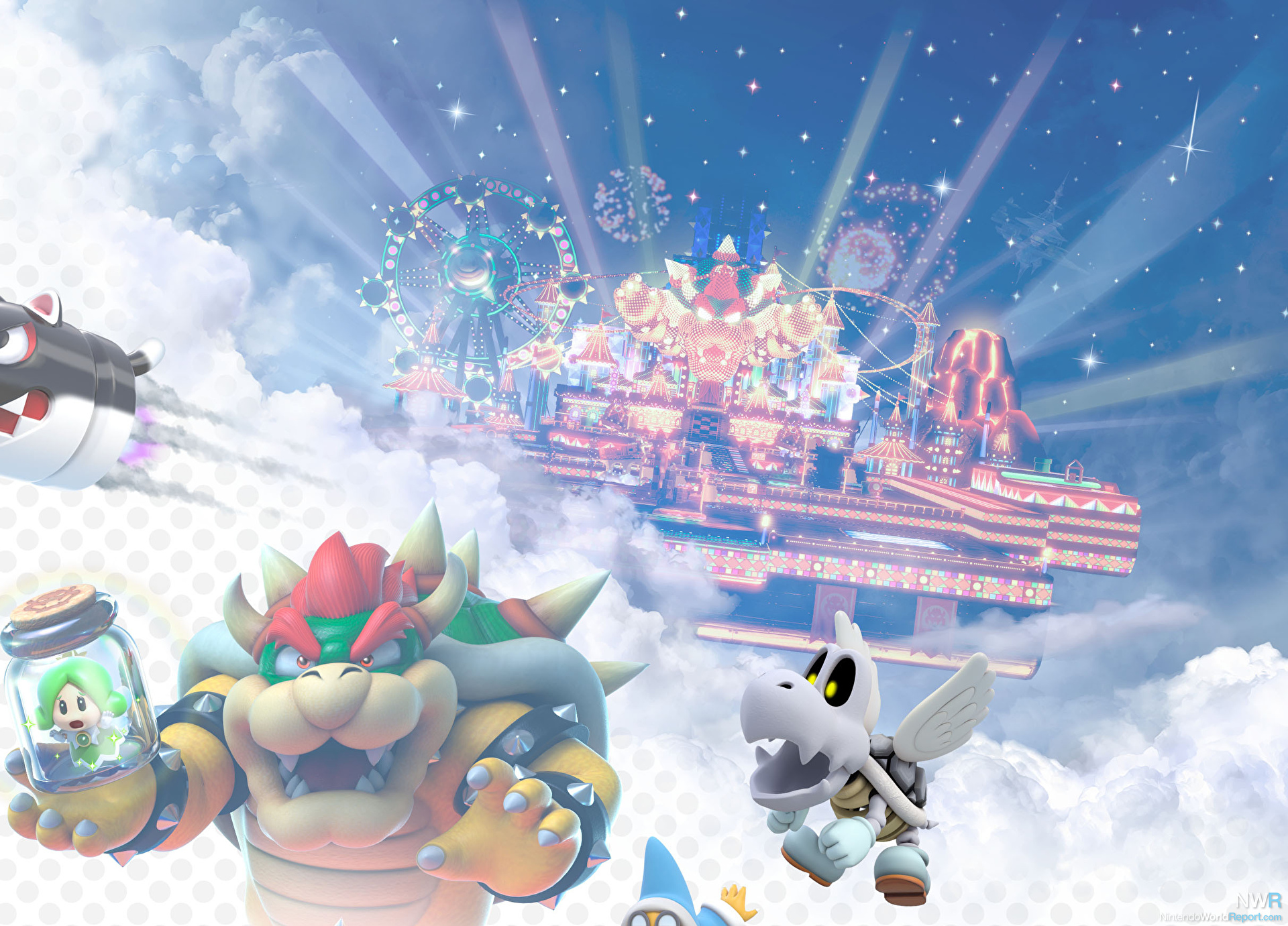 What's really interesting is that if you look beyond the deadly, towering attraction and into the depths of space, you can just make out the Comet Observatory, otherwise known as Rosalina's ship from Super Mario Galaxy! 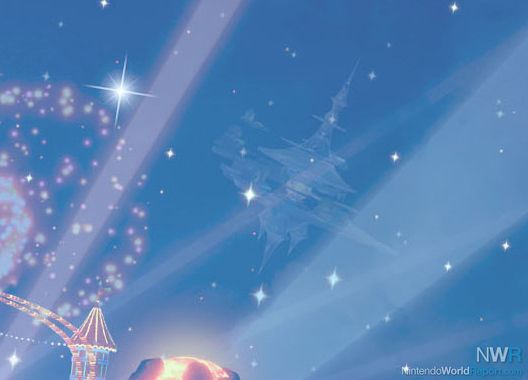 At this stage we can only speculate on what this means, whether it will merely be a background reference to the Wii's crowning Mario adventure, or whether Rosalina herself makes an appearance in the game's storyline. Perhaps there will even be Galaxy-themed space levels included in the game.

Be sure to check back for more details as soon as they surface.

Actually you make an interesting point there about Rosalina making an appearance. My guess is that our new green princess is somehow connected to Rosalina. How? I dunno. I'm just speculating. I'd be willing to bet that we get space level though, and if we did I believe that could really rally fans into getting this game for the holidays. Don't screw this up nintendo.

on the top left corner you see that one toad from galaxy near a green star...

Somebody at Nintendo is color blind!

My guess is that our new green princess is somehow connected to Rosalina.

What if they're not really new at all? They could be like those Subcon fairies at the end of Super Mario Bros. 2.

I see along with the well known return of my old friend the charging chuck a  bully from 64,