The Japanese developer went from Pokémon and Yamauchi's Q Fund to creating original games on the eShop.

If you followed The Denpa Men: They Came By Wave when it came out in North America and Europe last year, then you might have heard numerous references to Genius Sonority, the game's publisher and developer. You might have also heard that The Denpa Men was heavily inspired by Dragon Quest and Pokémon, which, given the company's history, makes perfect sense. First off, the company was founded by a whole bunch of former Dragon Quest developers, and second, that company went on to Pokémon games.

The company was spun out of Heartbeat, a developer that created Dragon Quest VI and VII (as well as enhanced ports of Dragon Quest III and IV). For what was said to be financial reasons (as per a statement from Dragon Quest publisher Enix), Heartbeat shut down in 2002. An air of mystery was around Heartbeat's shuttering at the time, and many wondered where the head of the company, Manabu Yamana, would end up. 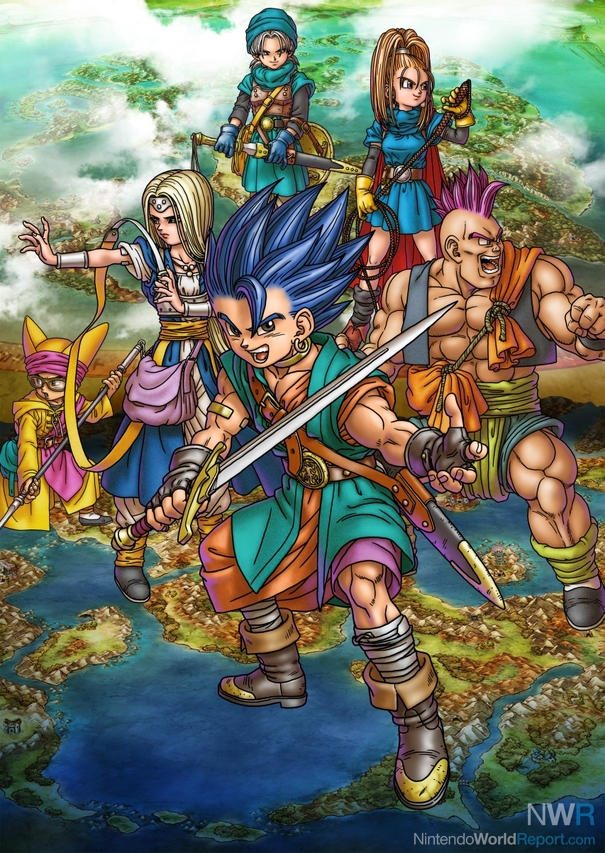 Yamana, a veteran of the games industry, began working at original Dragon Quest developer Chunsoft while he was in college. After working at Chunsoft for about seven years, working on the first five Dragon Quest games, he founded Heartbeat, and then promptly made the next two entires in the storied series before starting off in a new direction with key members of his staff.

After spending 15 years with the Dragon Quest series, he founded Genius Sonority in 2001, from the ashes of Heartbeat and some staff from Creatures, Inc. (known for co-developing Earthbound and making the Pokémon characters), with the intent on making Pokémon games for home consoles. At the outset, the Q Fund helped them set up. The Q Fund, for those that don't remember, was a reserve built up by former Nintendo President Hiroshi Yamauchi to help game company start-ups. Naturally, it was only for companies who made games for Nintendo systems, and thus Genius Sonority did the Pokéwalk for several years.

Their first game they made was Pokémon Colosseum, the 2003/2004 GameCube version of Pokémon Stadium. Built around the Ruby and Sapphire games, Colosseum added an RPG component and a story, a style that was embellished by their second game: Pokémon XD: Gale of Darkness. This 2005 release eschewed a lot of the Stadium/Colosseum influences and instead was a full-fledged RPG, but with some weird mechanics and differences that made it less of a Pokémon game and more of a generic RPG. 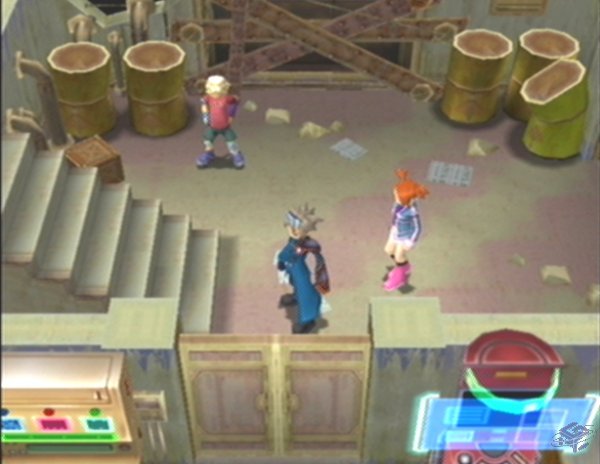 The company's first portable game was Pokémon Trozei!, a puzzle game that launched in North America in 2006. The game was sort of a cross between Tetris and Yoshi's Cookie and was well received upon its launch. So much so, in retrospect, that this writer (as a fan of puzzle games) is likely going to try to track it down.

Pokémon Battle Revolution was the studio's first Wii game, and was a barebones follow-up to their earlier home console work. Dropping the RPG story pretenses, Battle Revolution was basically just Pokémon Stadium with online functionality. It also was one of the few Wii games to use the DS in any major way, as the system could be used to select your attacks during the game.

Finally, after six years of nothing but Pokémon, Genius Sonority moved on to Dragon Quest with Dragon Quest Swords: The Masked Queen and the Tower of Mirrors on Wii, working with Eighting to develop the game. While this should have been a homecoming for the company due to its origins, it was a different style of game: an on-rails first-person game. However, it still had a decent story and some interesting gameplay mechanics, since it wasn't a shooter, but more of a sword slasher made specifically for the Wii Remote.

Genius Sonority's next games began to get less and less important. They made 100 Classic Book Collection, a portable collection of 100 public domain novels, for the DS, as well as a Japanese exclusive follow-up that contained romance novels. They also worked with Disney on Disney Fairies: Tinker Bell (a game I have passing familiarity with because I have a niece who played it a lot, oddly).

Their most recent Pokémon title was Learn with Pokémon: Typing Adventure, which has so far only come out in Japan and Europe. This is exactly what you think it is: a typing game with Pokémon. It even comes with a wireless keyboard. 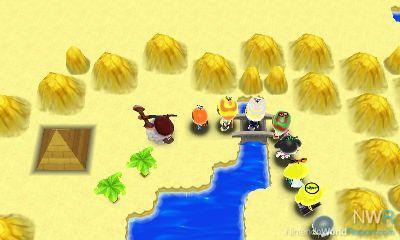 After their Pokétyping excursion, they began work on The Denpa Men, with the first game debuting in Japan in early 2012, and the sequel launching in September 2012. Now, the second game in the series is making the leap to North America and Europe this week.

Genius Sonority stopped making console Pokémon games, mostly because they want to broaden their horizons and create their own original games. They are still closely tied to Nintendo - the company is still a shareholder in Genius Sonority - so while their games will be on Nintendo systems, they are no longer devoted to feature Nintendo franchises.

Now, with the mostly positive reception of The Denpa Men, we'll probably see more of Genius Sonority on download platforms. Their close relationship with Nintendo definitely aids them, since The Denpa Men was the first eShop game to get a demo in Japan, and it is also one of the best-selling games on the downloadable service in the country, too. Whether Denpa Men 3 is on the way, or they create something new, fans of Dragon Quest and Pokémon should keep an eye out on Genius Sonority.