The Game Boy Color was a wonderful device that had awesome games, Links Awakening DX and Shantae among them. But there was also Super Mario Bros. DX, a “deluxe” port of that granddaddy sidescroller that took the original game and heaped additional content upon it such that even SMB masters would find plenty to do, especially if you had a Game Boy Printer. This was Super Mario Bros. turned up to eleven, packed to Blooper gills with modes and unlockables. 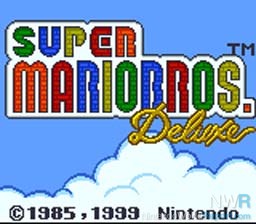 Oh, the original game is in there, of course, but there’s also a challenge mode. You must achieve a certain high score in every stage AND find Red Coins and a Yoshi Egg in every stage! Nefarious! Better still, accruing a certain aggregate score in the main game (an easy feat for any hardened Nintendo vet) unlocked The Lost Levels (though not called that). It was modified to be easier than the original game or the Super Mario All-Stars version. But oh yes, dear readers, I beat that game. I beat it hard. Another points-based unlock is You vs. Boo, in which the player must race a Boo through several customized stages filled with obstructions. Beating one Boo unlocks its much-faster successor, so this mode proved quite challenging. 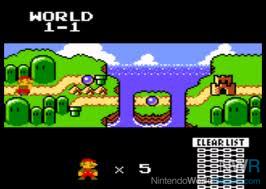 The “Toy Box” area of the game involved a fortune-telling card game, a calendar (GBC  as Blackberry), and several pictures that one could print out on the Game Boy Printer, even to the point where you could make little comics—text bubbles include—featuring the Mario characters. The better you do in challenge mode, the more pictures you unlock. One other nice feature in the Toy Box is the Yoshi Egg Roulette. Spin the wheel, and a screenshot from a random stage will pop up to give you some indication of where the Yoshi Egg is in that stage. Very helpful! 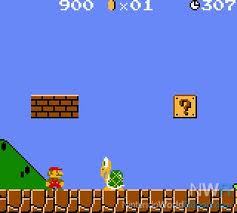 Finally, there was an awesome two-player mode. Memory fails me as to whether players had to use the link cable or whether the IR sensor was sufficient, but the mode was basically like You vs. Boo without the Boo, and Mario and Luigi raced through the customized stages in an effort to be the best there ever was.

Now, the game did suffer from one flaw: because of the GBC’s resolution, the game appeared to be a little too “zoomed-in,” so you’d have to hold various buttons to scroll the screen left, right, up and down to really see everything. However, it really wasn’t a hassle, and being so familiar with the original game, I never really found it necessary. It certainly needed to be done during The Lost Levels, though, as I was completely unfamiliar with that sequel at the time. 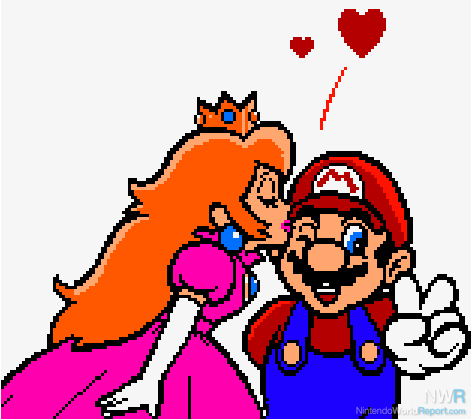 The game’s not terribly hard to find and it’s one of the best offerings on the Game Boy Color—a system I wish I still had a working version of. You may recall that Nintendo tried to create an independent “Virtual Console” on the GBA by releasing several “NES Classics,” including Super Mario Bros., the two NES Zelda games, and the original Castlevania. I was stupid enough to buy them all except SMB, because I had the superior version already (and it worked fine on GBA). If you stumble over a copy of SMB DX, I recommend picking it up without a second thought—it’s the best version of that game.

IIRC, the calendar was gimped because anything you entered was erased when you shut the game off. I like the races with Boo though, and though this was a good GBC game (one of my first ones).

We played the hell out of that vs. link cable race mode in high school. I even had friends that played it in the middle of class. (and this was at a relatively strict prep school)


This game was the example of how to re-release a game and has never since been matched.

I liked this game for the challenges, but there must be something screwy with my copy of it because every now and then it randomly erases a portion of the save data. I'll boot it up to find my files are gone, but my challenge scores are still there even though I can't select any of the stages. It's been this way ever since I got it and I bought it brand new; has anyone else ever experienced this?

IIRC, the calendar was gimped because anything you entered was erased when you shut the game off.

I don't think it was meant to function in-game, the markings were for when you printed it out using the Game Boy Printer.

This game was the example of how to re-release a game and has never since been matched.

It's definitely a nice package, but Super Mario All-Stars is a better example since it included four games and upgraded the graphics and sound in each one.

Because Paper Mario is Fischer Price's My First RPG for Babies.

The first two Paper Mario games are really good (I haven't played the third). They may not be deep RPGs, but are still really fun.

In my mind Super Mario RPG, Paper Mario RPGs, and Mario and Luigi are pretty much the same series.

Far be it from me to attack a beloved Super Nintendo game, but I'd argue that Super Mario RPG is easily the weakest of the Mario RPGs.

insanolord, do you have some reasoning for why Super Mario RPG is the weakest?

I consider it the best because it's the only one that is clearly an RPG designed for people that like RPGs.  The other games are like anti-RPGs designed for Nintendo fans trained to hate RPGs during the N64 years.  Paper Mario in particular seems ashamed and embarassed of its RPG design and tries hard to hide its RPG conventions.  Eventually the dev team distanced themselves from the RPG genre completely with Super Paper Mario.

Super Mario RPG is like Final Fantasy with Mario.  That's exactly what I want it to be.  And the irony is that the conventional Mario RPG came out on the SNES, which is known for its RPGs.  The N64, which was starving for RPGs, got Paper Mario the dumbed down anti-RPG.  Huh?  If anything it would have made more sense for it to be the other way around.

You may not have known this but, Alien Mind Probes have revealed that when Insanolord was young Mario from Super Mario World jumped out of the TV like in the Japanese Megaman Cartoon Not the awesome American one.  Then proceed to Kick Insanolords Puppy and Introduced him to Crimm.  That meeting is still blocked by Insanolords sub-conscious to this day.

Super Mario RPG was definitely NOT made for RPG fans. It capped levels at 30, had platforming elements (obviously since it's still a Mario game) and it gave you experience for getting an invincibility star. I love that game but it was totally dumbed down for people who either didn't know shit about RPGs or needed a game to hold its hand because RPGs were deemed too complicated. It's not Final Fantasy for Mario fans. It's turn based Mario with a cloud/marshmallow thing and a puppet in your party.

Super Mario RPG is like Final Fantasy with Mario.

That's kind of the reason why I think it's the weakest. It sticks too close to the standard conventions of the genre. Also, I'm not a fan of the art style.

I never owned or really even played one as a kid, so pretty much my whole experience with the system is with the GBA and the Virtual Console, with no nostalgia for anything. Some stuff I love, some stuff I just couldn't get into.

I'm not a fan of Super Mario RPG's art style either, though it's still one of my favourite SNES games. I felt it struck a good balance of RPG and Mario, possibly better than any of the other Mario PRGs. The only contender would be Mario and Luigi Superstar Saga, though I'm hesitant to choose it since it's ridiculously easy. Anyways, the pre-rendered graphics do look a little... sterile, I guess is the word? I'm not sure, but it definitely doesn't have the personality of the Mario and Luigi series. I didn't really like Paper Mario's art style either, probably because there was absolutely no reason for it other than the developer's inexperience with 3D modeling.

I remember wanting SMBDX but not why I didn't get it.

Because Paper Mario is Fischer Price's My First RPG for Babies.

I don't care if its been a while cuz i'll still say it. What's WRONG with you? Why do you have to criticize so BADLY on such a well put together game? Are you THAT heartless? Have you even played it? How long was it? Twenty, Thirty minutes? Did you even GET to Shooting Star Summit? And get the lucky star to get the reason to even PLAY the game? Do you LIKE being a total asshole to people? Why don't you think about what you say first before you completely INSULT a game someone likes? Just say what you DON'T LIKE about a certain game to someone instead of spitting in their face. Sorry if I was too upfront about it.

All right. Fair enough man. I'm just a little protective of my favorite game. Sometimes I can't leave well enough alone ya know? So sorry for the little fit, heh. Thanks anyway for taking the time to reply :]

To be totally honest, I agree with everything SilverQuilava said, even if it was a little too harsh.

It's not Zach's fault that he hates children, happiness, and sunshine. The funny thing is that the critiques of Paper Mario that I could see (slow pace, lots of talking) are duplicated in Mario & Luigi. To love one and hate the other seems weird, however I can see why people would prefer one over the other.

My show of allegiance is this: I've beaten every Paper Mario games. I only beat the first M&L game.

To be totally honest, I agree with everything SilverQuilava said, even if it was a little too harsh.

It's not Zach's fault that he hates children, happiness, and sunshine. The funny thing is that the critiques of Paper Mario that I could see (slow pace, lots of talking) are duplicated in Mario & Luigi. To love one and hate the other seems weird, however I can see why people would prefer one over the other.

My show of allegiance is this: I've beaten every Paper Mario games. I only beat the first M&L game.

ey thanks! It's not too often someone shows appreciation for my favorite games!