Before Pokemon Go: Memories of Ingress

Niantic’s involvement is enough to get me pumped for Pokémon Go. I was deep into their first war.

The words hit me like a ton of bricks. Ingress’ soothing in-game rhythms flowed over me like a massive wave of baby blankets.

“Scanner disabled; location inaccurate” is displayed on my screen. The beautiful, all-metal design of my now two-year-old phone blocks the GPS signal. I haven’t launched this game since figuring that out. Pokémon Go, the upcoming project from The Pokémon Company and Ingress-maker Niantic, brought up a lot of memories for me. Ingress is vicious and life-consuming, while Pokémon is friendly and accessible. I don’t know how the two will work together. I do know Ingress, though, and I’m excited to see what Pokémon can bring to the formula. But what exactly is Ingress? Let me explain it for you.

In Ingress, the world is divided into two teams: The Enlightened and The Resistance. The teams fight for control of real-world landmarks, or “portals,” using Android and iOS devices with a data connection and strong location signal. Controlling and leveling up two portals allows them to be “linked” and eventually turned into a “field.” There’s a level up system, item farming, and local chat. 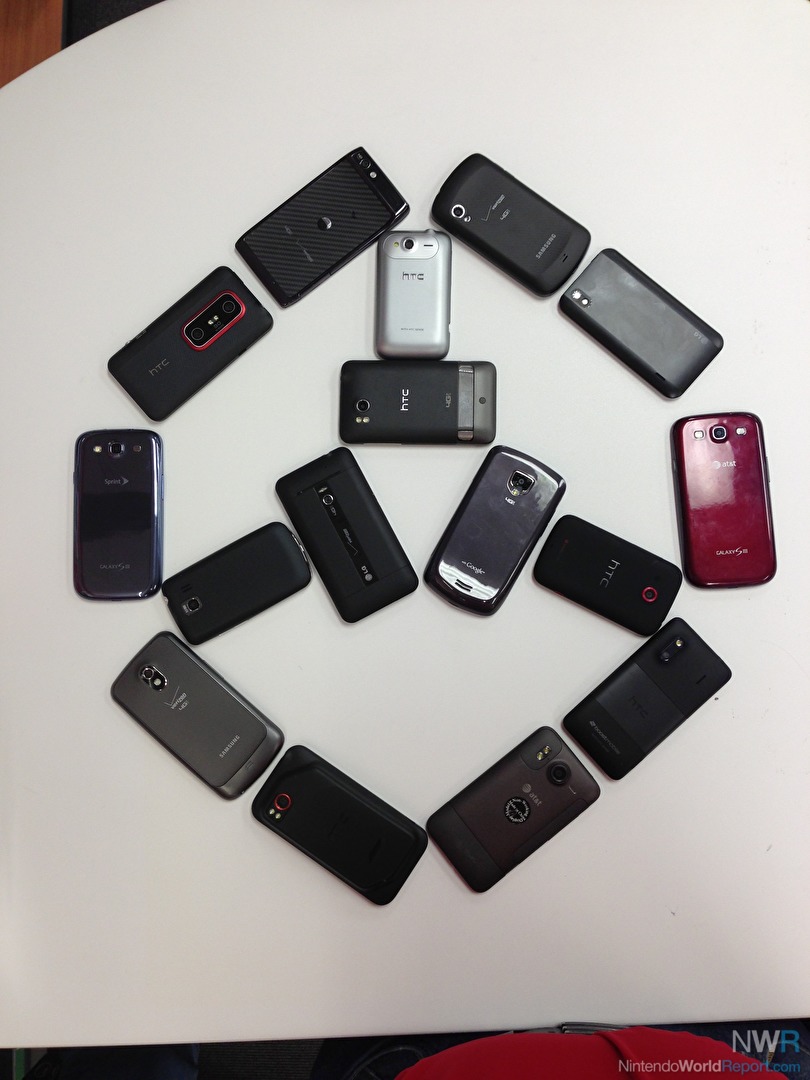 I was working at a mall RadioShack when the Ingress beta launched. A group of Shackers and I recreated the Ingress logo out of Android phones. Niantic was pleased and gave us early access. We recruited a local StreetPass enthusiast and a mall security guard and then, our crew was formed. We owned the mall within days. Our nights were spent walking around downtown Omaha in the dead cold of winter. We participated in a few local meet-ups through a Google+ group and turned the town green, only to find it blue again hours later. Something powerful was out there, and we were determined to find out what.

One night, while rolling through Omaha’s historic Boys Town charity campus, I ran into a powerful, Level 8 portal. Level 8 was the original level cap. I snooped around and realized it was fresh. Very fresh. The portal was being recharged almost immediately after I attacked it! I looked around, scared. I saw the blue glow of a phone screen lighting up the interior of a beautiful silver car. I turned my volume up and stood right next to the car.

He rolled down his window and introduced himself. He was an early beta tester that worked at the Google Data Center in Council Bluffs on the other side of the downtown river. He and the other Iowan Googlers had been playing for months. In Omaha. Nebraska. Not Iowa. I thanked him for the introduction and left, determined to take back my hometown from those dirty, no-good Resistance players.

Months passed. Western Nebraska turned green, and Eastern Iowa turned blue. Omaha was constantly changing hands. I was level 7, the highest-levelled player of the original Shackers. People left, and people joined. My StreetPass recruit had become a leader in our Google+ group, organizing parties and strategizing attacks. The two of us set out to turn the city green. We each brought extra batteries and I had a massive battery pack. The Resistance was about to go down. 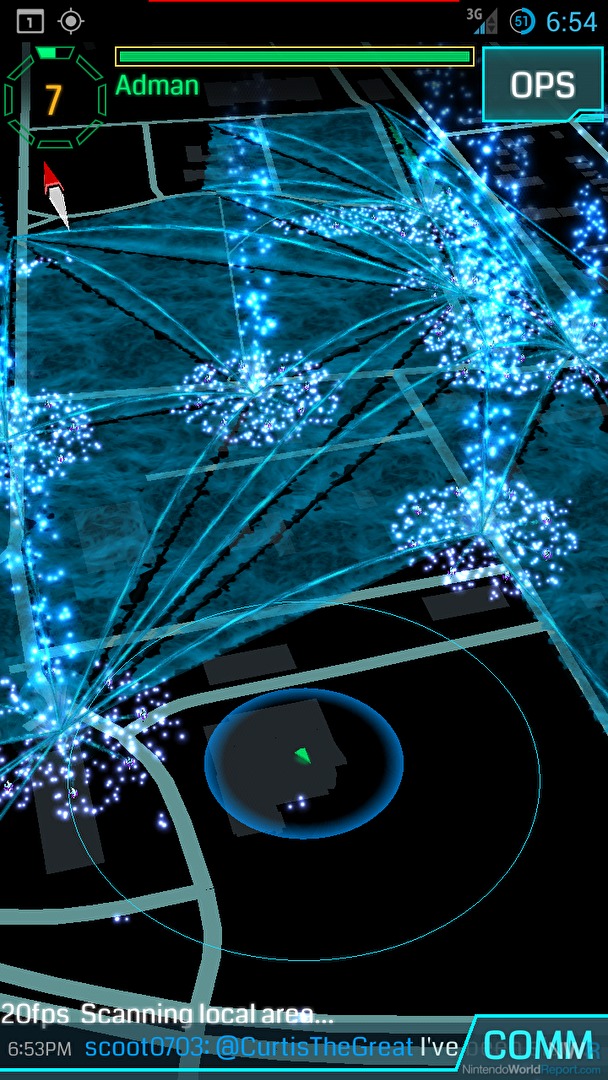 We started after dark, just outside of town at the westernmost blue portal, taking down a massive field cutting through Omaha. We weaved our way through the suburbs. Teammates started to notice us in the chat, offering to set up links and defend portals. The University was green before midnight. The two of us held our phones out the window to keep them from overheating. The app was heavy and still in beta, after all.

By the time we got downtown, our portals out west were under attack. We did our best to defend them from across town. Luckily, other Enlightened members had reinforced our portals and were still on site. We decided to focus on the massive blue fortress in front of us, so we parked at the courthouse and started our attack.

Ingress took you to places you knew you shouldn’t be: the employee courtyard of the courthouse, the rooftop garden of the huge banking building, the yard of the tired old train station. That was half the fun. Even though we weren’t doing anything wrong, straining to get as close to the Public Library as possible at 2 a.m. sure looked suspicious. We got the fringes of downtown without being arrested or attacked, though. Then it was time for the Old Market.

The Old Market is old. Almost everything on the block is historic, so almost everything on the block is a portal. They were all blue. We worked our way slowly down the street, leaving every 20 minutes to recharge our in-game energy. We had almost done it! Omaha was almost green! Then we started to get the notifications. A Resistance member had made their way downtown. We watched our beautiful work turn blue on the map before our very eyes. We were both low on items, so we had to retreat. 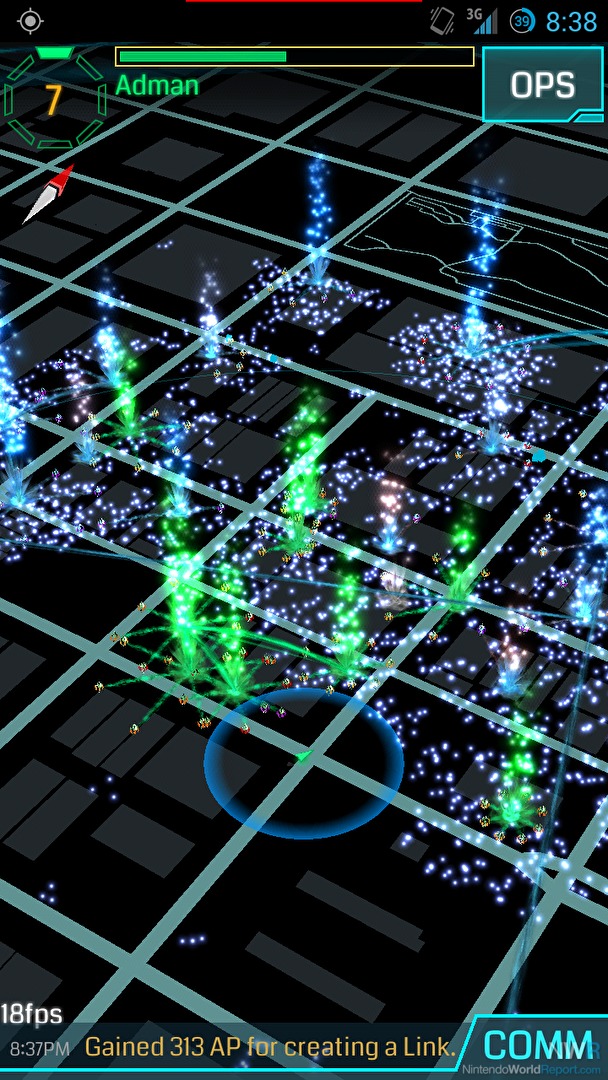 We walked over a few streets to grab more items. I was pretty well stocked on weak weapons, but they wouldn’t do much against strong portals. The intruders must’ve ran out of items or energy or time because they left things a mess. Many of our downtown portals were damaged, but still up. They left portals unclaimed. We could still do it. The Old Market’s main street took us over an hour to turn green, but, boy, did it feel good. Almost every portal in the city was green, but there was one big one left.

The pedestrian bridge over the river.

The bridge was built as a symbol of friendship between our two cities and our two states, and I planned on taking control of it. It was obvious that many powerful Resistance members had a hand in creating this monster of a portal. It was linked all across Council Bluffs and even linked to the Google Data Center.

It was an epic battle. We attacked the portal, and it attacked back. We had to retreat a handful of times. But then, as the sun began to rise, we claimed that portal as our own. Players from around the city started to link portals to the bridge. Within minutes, Omaha, no, Nebraska was covered in a massive green field. I looked at my experience and noticed I’d hit Level 8. I had hit the level cap. I had beat the game.

I still get notifications from forgotten Google+ chats once in a while. The game has been out of beta for a long time now, and I still follow Ingress on Facebook. I’m due for a new phone this fall, and I’ll be sure to check reviews on GPS signal strength, but I don’t know if I’ll go back to Ingress. It was such a huge part of my life, but, since I left, I’ve filled that part of my life with other things. Still, I will be playing Pokémon Go at launch. I just hope it can give me even one memory as good as any I have from Ingress. 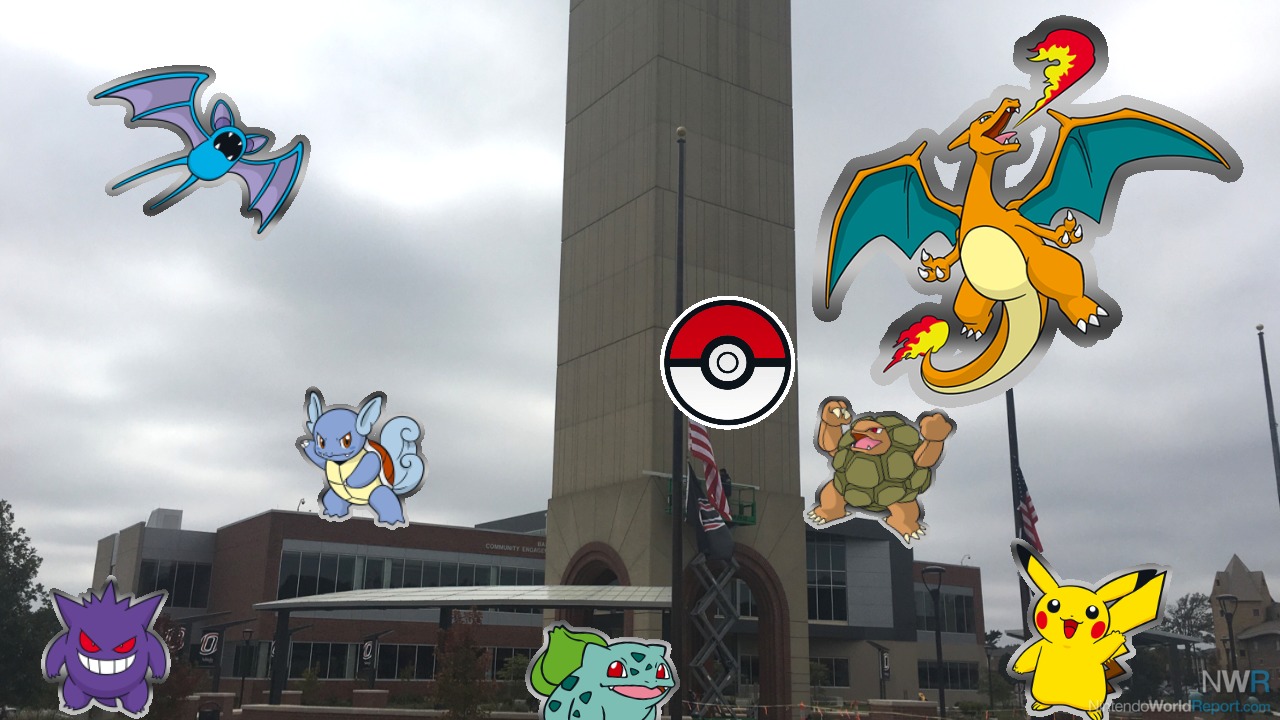 I want every Pokémon fan from every generation to download Pokémon Go and come outside. Let’s meet up. Let’s capture rare and powerful Pokémon when we go visit grandparents. Let’s ruin road trips with frequent stops. Let’s battle under the University clock tower. Let’s run our cars into the ground, get out, and walk. If you see me wandering around outside, glued to my phone, know that I’m not turned off to the world. I’m tuned in to a new world: The World of Pokémon Go. And I want you to join me.

The story felt like it was moving towards an all-out gang fight with the rival team.

So did living it! I'm very proud of myself for not murdering anyone haha

makes me sad when I think of how gym's are going to work?
region's? States? Country's!?
region would be possible for me, but not the rest.

Oh! this is being made by Niantic? I loved Ingress but felt that it was a never ending battle with no long term goals worth striving for (plus my 3 hour "commutes" home became too much to bear on the rest of my life). I would give the formula a try again with a Pokemon flavor.