We're playing Super Mario 3D World and The Legend of Zelda: A Link Between Worlds. Our first impressions await.

As of now, I've played about an hour or two of Nintendo's premier holiday 2013 games on Wii U and 3DS. My feelings on both Super Mario 3D World and The Legend of Zelda: A Link Between Worlds are way more positive than I ever would have expected when both were announced earlier this year. Without even factoring in the other games and systems debuting on November 22, the combination of this dynamic duo could very well make it one of the best days in gaming.

Of course, this is a snap judgment. As of now, I've played through the first two worlds of 3D World (in single player, no less) and I finished one dungeon in A Link Between Worlds. At best, I'd wager I'm a fifth of the way through Mario and maybe a twentieth of the way through Zelda. But first impressions are huge, and both games impress me, despite the fact that most of what I've played so far seems like refined versions of demos I've already played throughout the year. 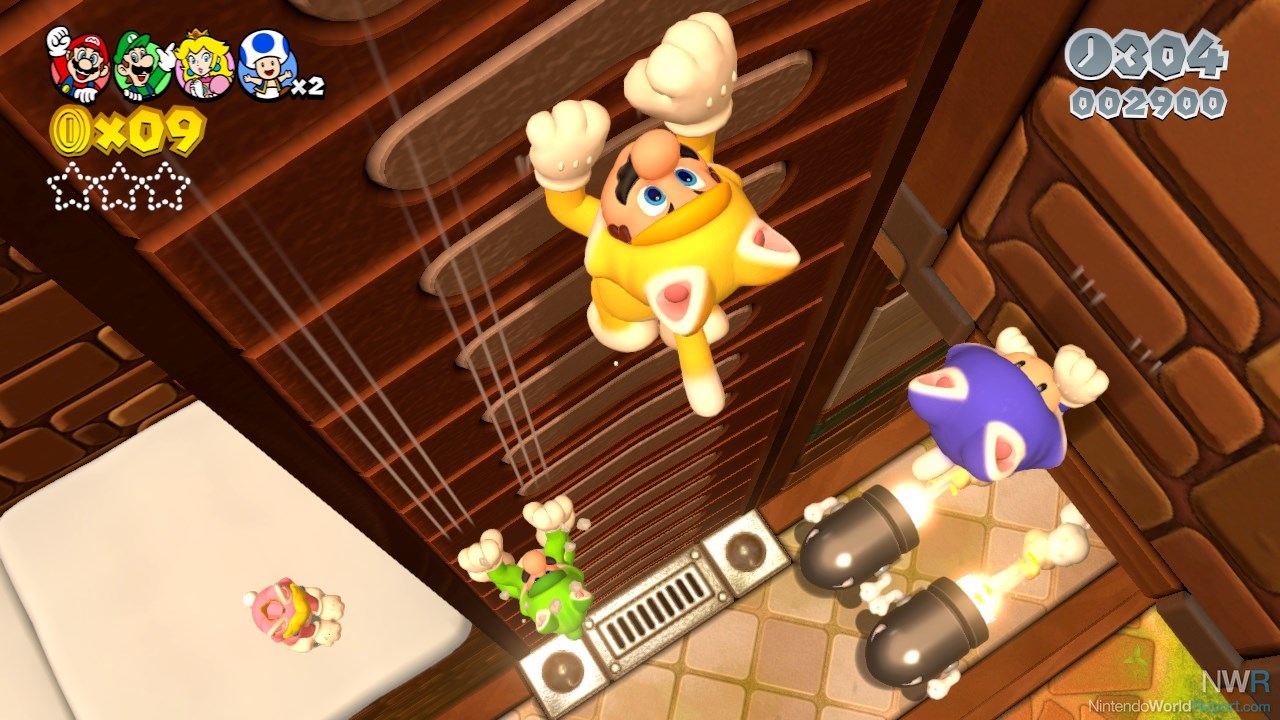 With 3D World, the Cat Bell and the Double Cherry power-ups rule the day. The first world is a cavalcade of kitten goodness, with myriad opportunities to highlight why that power-up might just be the best damn thing to happen to the series since Galaxy. Like the cape in Super Mario World, the cat suit changes the way you play, as the feline versions of each character can climb walls, scratch enemies, and drink milk. Well, the last one isn't quite true, but I did blankly stare at the world map with a dumb grin as I pranced around as Cat Toad. Seriously, the furry retainer is adorable. And Double Cherry? Well, I controlled five Marios in one level at one time. It was delicious chaos. 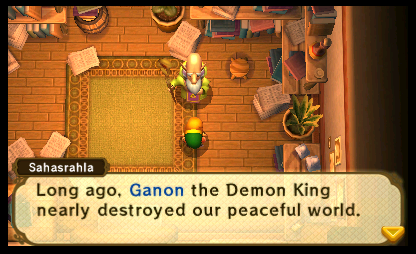 The Legend of Zelda: A Link Between Worlds, in comparison, is a little more subdued in its opening. It's all vaguely familiar, especially as the setup calls to mind its progenitor, The Legend of Zelda: A Link to the Past, in structure. You're a young buck who finds himself in a chance situation where he needs to take someone's sword to save someone else. It diverges a bit from there, but the premise works as a callback to Link to the Past, especially since the events of Link to the Past are a backdrop for this entire version of Hyrule.

Link Between Worlds feels like Wind Waker in tone, except maybe it won't be as dire as Wind Waker's world. The great war in each timeline is in the past. The Hero of Time defeated Ganondorf in Ocarina of Time, while the hero of legend defeated Ganon in Link to the Past. Link Between Worlds deals in that aftermath, where the evil is regaining power and trying to reenact what happened in Link to the Past. I don't know if the villains will succeed, or if the game will indeed go down the same well-worn path that Link to the Past did. I'm excited, though. This world is a fun one to run around in, and with the blissful speed and interesting ideas of Link Between Worlds, it could be more fun than ever to play.

Has anyone played "Enough Plumbers"?


It's a Mario parody type game and it sounds like the Double Cherry power up kind of takes that same idea.  (Except Enough Plumbers is as much a puzzle game as it is a platformer.)

Has anyone played "Enough Plumbers"?

Can't wait till the 22nd! I'm going to the Xbox1 midnight launch to pick up Mario 3d world and the Zelda 3ds xl bundle.  It's going to be an awesome thanksgiving week to say the least!