Stop and Smell the Roses: My New Appreciation for Animal Crossing's Plodding Pace

After logging 100 hours in 2 weeks, Tom explores what sustains his crippling addiction to New Leaf and suggests why it can be important to break the Bell-farming rut.

I began to think about these questions when, out of curiosity, I checked my Nintendo 3DS Daily Log application today to find that Animal Crossing: New Leaf had shot to the top of my Software Charts by a great margin, at 102 hours played. I started playing the game on June 19. Granted, that's not all me, as my sister has logged some significant time with her character, but still, it's enough for me to contemplate the idea that I might have a problem.

Evidently, I'm not alone - in our recent Games of the Year So Far feature, the Nintendo World Report staff concluded that Animal Crossing: New Leaf is, at the moment, our favourite game of 2013.

Already, we have had quite a range of responses to this pick - some understand the addictive hold of this game, while others have expressed concerns that they might already be burning out on it. New Leaf is probably the most acclaimed entry in the series since the very first one, but there is still a bunch of early adopters who feel that not that much has changed and who have become frustrated with the game's deliberately slow pace.

I had some of the same misgivings about the previous instalment, Let's Go to the City (known as City Folk in the US) on Wii. Having plumbed the depths of the GameCube original and Wild World on DS, I felt I could dissect the systems of Animal Crossing and as such, I tried to accelerate the Wii version along. Essentially, I was trying to force progression, which was a big mistake, so I played considerably less of the game as a result. It wasn't fun for me any more - it was more akin to work, and it was my own fault for playing in that fashion. 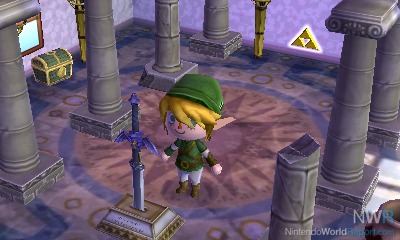 Some people would probably argue that Animal Crossing has always been a game of chores and busywork, but I beg to differ. It seems against the spirit of the type of game this is to tell people how to play it, but I believe that if this is your outlook on Animal Crossing, I implore you to rethink what you are actually trying to get out of playing the game.

As I put it at the top of the page, the new appreciation I have gained for Animal Crossing in my time with New Leaf, and why I have enjoyed it more than any prior titles in the franchise, is that I began to stop and smell the roses - and I don't mean the roses that you plant and water around town.

There has been plenty of discussion in the past on the presence of goals in these games. However, what I've noticed is that some people are losing sight of the reward for completing these goals, and are just focusing on the act of achieving the goal.

I suppose it is typical that certain players would approach a "sandbox" type of game like this one by making their own missions. By playing this way, some have adopted the mentality that Animal Crossing is entirely governed by money; an endless pursuit of finding stuff to sell and paying off loans. It's as if they have turned the game into a score attack challenge, where the high score to aim for is a 300,000 Bell house payment or a 250,000 Bell donation to a public works project. 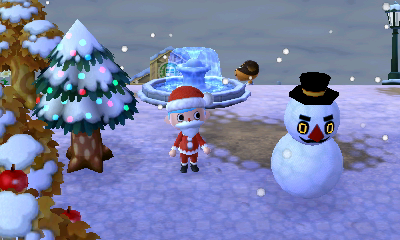 But at that point, what are you putting all this work in for? What's the sense in paying off the second floor expansion of your home, only to immediately return to hours of running between the shop and the town with pockets full of fish and bugs to work on the loan for your basement? You haven't even taken the time to do anything with the new space you just earned. How many of you have dumped findings into your museum as some sort of arbitrary completion objective, without taking the time to explore the exhibits you made?

Nothing in Animal Crossing happens quickly, and that's exactly the point. The error I made with City Folk was attempting to force things to happen and consequently becoming irritated. With New Leaf, I'm really enjoying my more laid-back, contemplative style of play that harkens back to what I loved about the original GameCube title. There's little benefit to trying to understand what parameters the game operates under - not knowing how it works makes it all the more pleasant of a surprise when Dr. Shrunk unexpectedly shows up outside your house petitioning to open a club.

Of course, I still set goals for myself to accomplish. There's always got to be a drive to keep going. But now I'm no longer thinking about them along the lines of "I need to make X amount of Bells." It's more in terms of what I want this section of my town to look like over the long-term, or what I'd like to do with this specific part of my house. When I visit other people's towns online, I'm not thinking about plundering the place for all the foreign fruit; I am more concerned with gathering ideas for what I might do with my own town in the future.

Only when the game is experienced at a leisurely pace can I properly appreciate my townscape as it grows and develops, and enjoy talking to my neighbours, participating in events, playing tours at the island and giving a sense of identity to my virtual world. And if you don't want to do those things, if you feel that you have to be making money at all times even though it might not be very fun, then maybe this series just isn't for you.

People would enjoy the series more if they realized that the game is a marathon, not a sprint.

I don't know. I like to start with a leisurely pace, but I generally start time travelling (and already have) when I feel like I've seen most of the content and it just turns back into yet another Animal Crossing, and unapologetically so. After I see most of everything New Leaf has to offer, I basically quicken the pace to keep the game interesting so I don't get bored and quit only 60-70 hours in. And you know what? It's fun.

This isn't criticizing anyone here, but it pisses me off when people on places like GameFAQs start ganging up on people for TTing or farming for bells through beetle farming and saying that they "play the game wrong and shouldn't be playing Animal Crossing". Yes, the developers specifically design the game to be experienced slowly, but Animal Crossing is a jack-of-all-trades. If you want a game that gives you control and an addicting experience for 200 hours over two weeks before burning out forever, Animal Crossing can fulfill that role. If you want a game to experience in tiny increments as a fun life sim that lasts you 1-5 years, Animal Crossing can fulfill that role.

Once you give Nintendo or GameStop or whoever 40 dollars, it's up to you to decide how you want to play, and anyone who steps in the middle of that by saying that you are enjoying yourself incorrectly is an asshole insecure with his own play-style. In other words, There is the right way to play Animal Crossing for each of us individually, but there is no one right way to play Animal Crossing.

I'm kind of between Tom and Alex. On one hand, I literally just got done selling Reese 200,000 bells worth of island beetles, but on the other hand, instead of using that to pay off the rest of my current mortgage I used it to finish paying for the construction of one of the pieces of the park I'm building. I've got plans for several of the rooms I haven't built yet, but they mostly revolve around finding the right furniture, which takes time. I intend to be playing this game for months, and am trying not to rush through things, but man, that island is a gold mine.

Play the game however the fuck you like it. Who the hell cares what people think. That's how I took what Tom was saying.

The amount of people telling me "I'm playing Animal Crossing wrong" floors me. With this 3DS version, I've come to love the series BECAUSE it's amazing how many different ways there are to play it.

This is my first Animal Crossing and I have yet to determine the pace of my play. As I was starting out, I was thinking of a slow pace as I didn't bother holding down the run button. However, seeing the amount required for my first down payment makes me what to rush for the bells. Ah, it is a bit overwhelming stepping in to my very first town.

The point of this blog post was to try and answer the three questions I put at the top - basically, I wanted to try and ascertain why some people keep playing and why others get bored and stop. At no point was I trying to tell people that they're playing the game correctly or incorrectly or anything ridiculous like that.

In various online forums, I have seen people saying that they were bored of New Leaf because they felt the game was very one-note and had grown tired of endless, monotonous fishing trips and running around town shaking fruit trees. It resonated because this is why I burnt out relatively quickly with City Folk on Wii.

I realise that certain players might enjoy this way of playing, establishing a daily routine. If you do, that's excellent and I'm glad you're having fun with it. What I am saying in this blog is that a lot of people are giving up on New Leaf because they DON'T enjoy playing that way and they have fallen under the impression that the game doesn't have any more to offer. My message to that crowd is: I found a new appreciation for Animal Crossing because I was getting a lot out of, in figurative terms, stopping to smell the roses as I played New Leaf.

In short, if you are bored of being stuck in a rut with Animal Crossing, there are things you could do that may give you a new outlook on the series. That's how I was able to jump back in and attain hours of satisfaction out of New Leaf after thinking I was done following my abandoning of City Folk.