How mashing together a series' design elements can produce single-player Smash Bros.

Castlevania: Lords of Shadow – Mirror of Fate launched on 3DS earlier this month to one of the most sharply mixed receptions yet seen on the platform, with critical responses ranging from "a monotonous, ugly attempt to reinvent Castlevania" (1UP.com) to "it might be the best action game we’ve ever played on a handheld" (Official Nintendo Magazine UK).

Now, disagreements in matters of opinion hardly qualify as puzzles to be solved, but I found it interesting to note the differences in how each writer contextualised Mirror of Fate’s game design in their reviews. The Castlevania touchstones used for these critiques often varied, ranging from the NES original to the seminal "Metroidvania" Symphony of the Night, plus of course MercurySteam’s reboot of the series, Lords of Shadow. As these examples straddle a number of genres as well as decades worth of game design evolution, this fact said as much to me about the convoluted nature of Mirror of Fate’s intentions as it did about the different perspectives of the game’s reviewers.

When I finally began playing the game for myself, however, I was a little surprised to find that Mirror of Fate did not evoke any of MercurySteam's professed inspirations in my mind very strongly. Being a side-scroller with a particular mix of fighting game mechanics (floaty jumping, blocking, air-dashing) and a staccato structure ("kill rooms" punctuated by minor platforming/exploration), it definitely reminded me of something I’d played before, but I just couldn’t put my finger on what exactly it was. Only after a console multiplayer session segued from Nintendo Land into some old favourites did I suddenly have the following epiphany: "Oh my stars and garters, they took bits from nearly every kind of Castlevania game and somehow made The Subspace Emissary out of them!" (Yes, I share a Big Book of Idioms with Dr. Hank McCoy—I get to keep it on weekends). 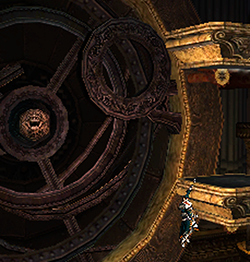 Sakurai’s tepidly received attempt to create a more substantial single-player campaign for Super Smash Bros. Brawl seems like an unlikely candidate to enjoy the flattery of imitation in general, and it is surely unthinkable that The Subspace Emissary inspired the development of Mirror of Fate in any way, but the similarities are still there. What’s fascinating about this improbable intersection of design is that each game comes to it independently from a completely different starting point, which is something of a rarity in the densely interconnected games industry of today.

With that being said, the similarities between Mirror of Fate and The Subspace Emissary are far from purely coincidental, for they both are the product of play mechanics that were crafted in a separate setting being implemented into the structure of a side-scrolling action game to which they are not especially well suited. Both games also succumb to the temptation of fattening their running times with a half-baked re-traversal element that simultaneously functions as a token nod to popular titles connected to the series (Symphony of the Night in the case of Mirror of Fate; Kirby Super Star’s Great Cave Offensive in the case of Brawl).

At this point, I should be clear that I do not draw these parallels in order to condemn Mirror of Fate and vindicate its harshest detractors; as it happens, I'm one of those dreadfully boring people whose assessment of the game falls somewhere between the extremes of sentiment that I picked out earlier, and I even have some affection for The Subspace Emissary leftover from 2008 (despite its memorably tedious closing stages in "The Great Maze"). Also, it must be said that if The Subspace Emissary were to be considered the template for a genre, then Mirror of Fate is surely a significantly superior representative of that genre—just as one would expect given that it is the basis for an entire game without any "everything's more fun in co-op" crutches to lean on. 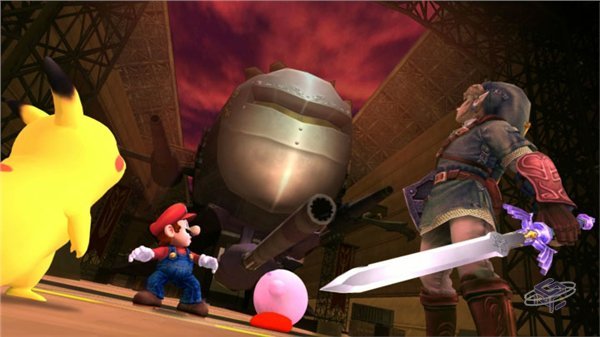 What this curious convergence of two unrelated games does demonstrate is that there are certain limitations to what can be achieved by merely cobbling together pre-existing design elements. However ambitious such projects may be at their inception, the results are unlikely to emerge as intended, for they will inevitably lack the intuitive elegance of their cherished source material, and so the whole becomes less than the sum of its parts. (Must resist urge to make predictable, franchise-appropriate Frankenstein reference here)

Ultimately, there is no shortcut for truly synthesising different concepts and building a game from the ground up where play mechanics and level design fit together organically. I can only assume this lesson was lost on MercurySteam because its employees all have enough friends to play Brawl exclusively in the way God intended. Now as to why Mirror of Fate proved to be so especially divisive with critics? I'm afraid I still can't fully explain that one...

Great blog, Greg! Glad to see that you continue to stay true to your roots (even if developers do not).

Now, I ain't no Mathe-matic-ian, but, by and large I don't really like Kirby platformers. So, 'don't buy Mirror of Fate' is what I'm hearing?

Was I the only one who, without even thinking about it, read the whole thing in his voice?

Was I the only one who, without even thinking about it, read the whole thing in his voice?