Call from EU: How Fire Emblem: Awakening Became a Favorite

With the North American release upon us, I reflect on ten months with my Awakening.

It was the 20th of April and the year was 2012. My mind had just drifted away from games like Pandora's Tower, Kid Icarus: Uprising and even Theatrhythm Final Fantasy, which I was still playing months after its Japanese release. In my mind I was ready for the next big thing, though I wasn't thinking that it would be Fire Emblem: Awakening. The series always interested me and I had completed most western releases to completion. I had also played a few of the Japanese ones, mostly thanks to the trustworthy Virtual Console on Wii. That being said, it never struck me as something that would be number one on my game of the year list. There were other genres of games I was more invested in and potential future games that really excited me.

As I was slowly going forth my daily Friday routine, the doorbell rang and there was a package for me. It was the game which had intrigued me and made me wonder so much, so I was certainly delighted to give it a go. The beginning was mysterious and strong. It made me wonder what was right up ahead and it made want to push forward to see what was next. Slowly, I felt an experience that I don't have every week. I checked the activity log on my Japanese 3DS. ''6 hours'', I stated. ''Was I really playing the game for that long?'' I thought my reactions through and reflected on my experiences that day. I saw my created character meet with Chrom and various other characters. I had experienced big battles that actually mattered and enjoyed every line of spoken and written dialogue. That was the breaking moment where I understood my love for Fire Emblem. 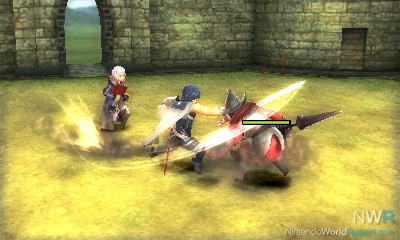 In the next couple of days, I would continue to play Fire Emblem: Awakening to the best of my abilities and in two different playthroughs. Every time I felt that I would lose, I turned off my Nintendo 3DS and booted it up again, just to reach the perfect end goal. Regardless of difficulty or setting, I still smiled and thought of new ways to get the objectives done. I was far beyond just enjoying the game, as I really became invested and wanted to experience as much as I could. As soon as I felt that I was close to the end, some twists and turns made the game even longer and made the stories told even sweeter. The SpotPass stuff also started to kick in, which gave me additional missions to complete and new characters to add to my arsenal. There were also extra teams to fight, which would appear all across the worldmap. Steadily, I started to check the game on a regular basis and made sure that I was up to date on the new free content.

At that time, I started to remember that Fire Emblem: Awakening had downloadable content in place to keep the player interested. The first few stories were based on classic maps from the entire franchise, which were a neat surprise. Personally, I was never really invested in the DLC plans of companies, but Fire Emblem: Awakening was a big exception for me. I got the chance to fight along my favorites and listen to some remixed tunes while doing so. Some maps I played many times over the course of these months and they never failed to make me a little bit nostalgic. The Other World maps were a strange concept for me at first, as they took place in some weird locations and places.  You fight alongside your future children, go to a carnival or relax on a tropical beach. What made them fun, though, was the interaction between all the different characters, which caused some laug out loud moments. 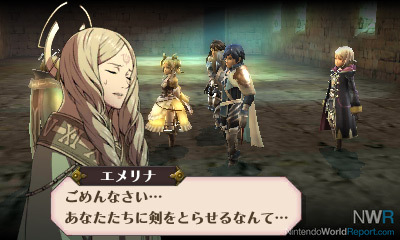 The relationships between the various characters always interested me, and with the pairing system in place, I tried to couple the people that I thought would fit best. Of course, I would try different combinations on both saves, which caused some brilliant results. The dialogue felt genuine and never misplaced the heart of characters, even though they were just being established. The story evolved with the characters and played  on the decisions you made here and there. I have been eagerly looking at screenshots from the North American version and it looks like translators did a splendid job bringing the same feel over.

At the end of my adventure, I finally duked it out against the final boss, which was truly a spectacle to behold. That didn't stop me from playing the game, though, as I continued to play additional content and tried to level up my team even further. That drive has never left me, and even now I turn on the game to have another go. The game will also be one of first times were I will gladly double dip, as I want to know what they did with the North American release. The responses seem to be very positive, which makes me very optimistic. 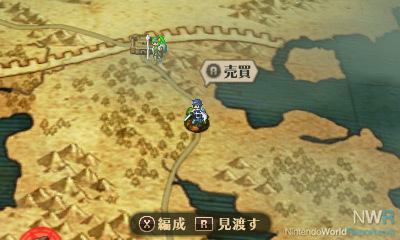 After the last few months and doing a review for it (played it all over again in Japanese), I remembered the last time I had this much fun with a game. It was Paper Mario: The Thousand Year Door, which was of course also made by Intelligent Systems. At first, I thought this didn't make sense. After all, Paper Mario: TTYD is one of my favorite games of all time and I have played it many times since it came out. Then I thought about my investment in the game and the willingness to keep playing. At that point I didn't think it as silly, but thought of it as closure. Ever since The Thousand Year Door, many games have come into my life that really tried to grasp my attention. What these two games have in common is that the final conclusions didn't directly jump in my face. I started both games with modest expectations and never thought that I would like them as much as I did. They became ingrained in my mind and the experiences became memorable, even more than I actually wanted them to be.

What happened? Fire Emblem: Awakening just wandered in my life and became one of the most remarkable gaming moments I had in quite some time. It impressed on so many levels with the presentation, character design, dialogue and its overall feel. It has become a game that I don't want to stop playing and continue to experience all over again. What I really wanted to say was: Fire Emblem: Awakening is one of my new favorite games, and I am overjoyed that it is the same company who made my last.