The Last Waltz: My DSi and I

With the upcoming release of Black and White 2, Alex comes to terms with the retirement of an old friend.

In a few short days, I will be playing a review copy of Pokémon Black Version 2. As a lifelong fan of the franchise, this should be exciting news, but what I'm also left with is the startling realization that Nintendo DS will die with this game. We may get some more licensed stuff and maybe that Pokémon Typing game if we are lucky, but as far as I am concerned, this will almost assuredly be the final new Nintendo DS title I ever play.

I understand that the life of all consoles must come to an end (especially nearly eight-year-old ones), but I really started to think about this when I acknowledged that I needed to make a decision regarding which console I play Black 2 on: my shiny, new, huge-screened 3DS XL; or my 3-year-old aging DSi with barely functional shoulder buttons, comparatively tiny screen, and a history that has taken it to hell and back. There were things to consider.

On one hand, the screens on 3DS XL are significantly larger than those on DSi even with black bars considered. More importantly, playing Pokémon Dream Radar will be significantly easier if I keep everything tied to one console, and I have been yearning for a reason to play my XL since there will be a drought of good content for me until November, and another drought will start up immediately after Paper Mario comes out. In addition, though there is hardly any need to use these buttons, it still proves useful to have a functional L and R. 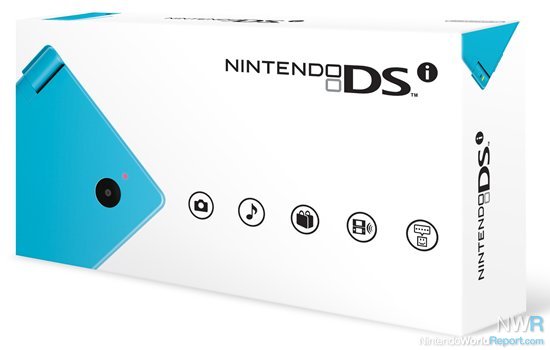 As I hold it in my hands now, a flow of memories come rushing back to its launch day three years ago. Though somewhat archaic by today's standards, the operating system and feature count was an incredible improvement over the "PictoChat-and-that's-it" of DS Lite and the original. I never thought I would be so enamored with playing a gimped Brain Age and a WarioWare mini-game thanks to the free 1000 Nintendo Points included with early systems. The sound and camera applications seem throwaway to many of us now, but I've taken so many photos and recordings over the years (because I lacked an MP3 player and a computer at the time, I actually recorded the first minute of Daft Punk's "Digital Love" over six individual DSi tracks by putting it next to a YouTube video). I even remember thinking of myself as a wuss because I wanted to get the less-masculine Powder Blue variation at launch, though I have since seen the matte coloring as the prettiest aesthetic on a Nintendo handheld by far.

It sounds silly to feel emotions towards an inanimate video game console, but I decided that I at least owed it to myself and to my DSi to run Pokémon Black and White side-by-side on the two systems to see which looked noticeably better. If they look the same, I will make the practical choice and choose 3DS XL. As I ran White on DSi and Black on 3DS, the decision became painfully obvious; playing a Pokémon game on the 3DS emulation brings a significantly rougher image, and the huge screens only make the rather pixelated sprites look much worse.

What I also noticed is that while I intended to play each for five minutes, decide, and shut both off, I couldn't stop playing my DSi. The sharper image and better sound overruled everything on the XL, but more importantly, the concept of writing this came with the emotions I felt playing it. This DSi has been through four of the five Pokémon games last generation; it was the source of my new releases for half of its lifespan, and it even had a late tenure as my homebrew machine.

In a way, I do owe it to my DSi to play its last swan song, its last game even, on the hardware that does it best. It will be sad to watch a console retire (especially when I consider the DS to be one of the best ever), but it will do so with grace. Since launch, it was always the one taking the pictures and running games to its fullest potential, but this time I think it should get to be in a picture for once.

DSi? That is like a toddler compared to my graduation high school DS Lite!;) The DS was/is such a great handheld system. That greatness stems mostly from the games that developers made for it. May your DSi R.I.P.

I got the original Red DS with the Mario Kart DS game bundled back when it came out. That ended up being the first DS game I've ever played.

It seems a bit odd to be nostalgic about something that's only three years old, but nice article regardless.