We got the Wii and 3DS versions of Skylanders in along with 12 extra toys. TOYS!

Activision is launching their Spyro revival game, Skylanders: Spyro's Adventure, next Sunday. This is slightly more than a video game, as it uses small action figures to represent in-game characters. This figures go onto a "portal" and enter the game. You collect loot and gain levels that save to the character. With 32 characters in all, there are a lot to get.

We got the Wii and 3DS versions, both with their own set of three characters, along with 12 other figures. Check out the pictures below, starring my 8-week-old kitten, Iggy (named after both Iggy Pop and Iggy Koopa). 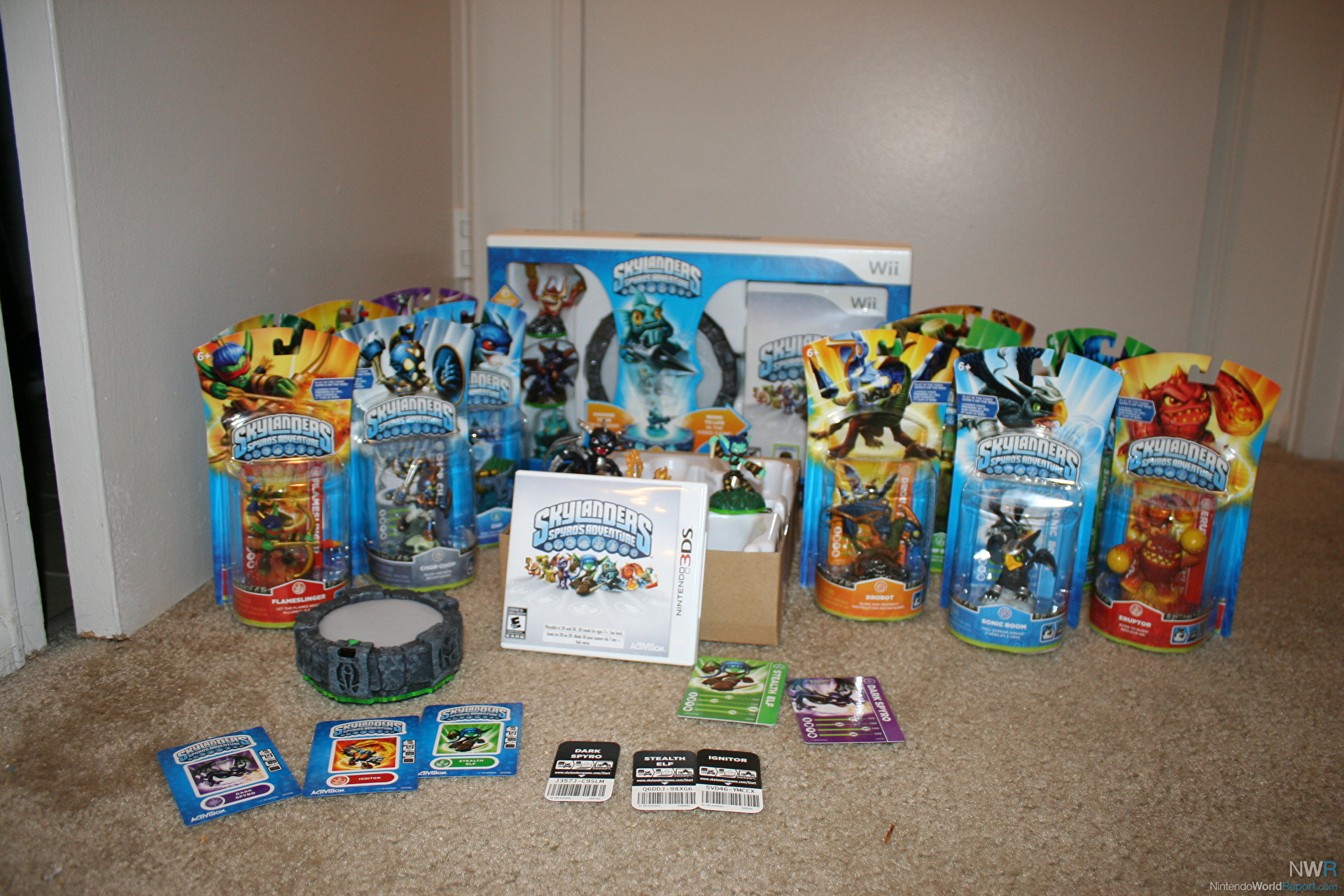 Here's a view of the whole shebang, including the individually packaged characters, the Wii bundle, and the 3DS bundle (which is opened). Each version of the game comes included with a character map, that allows players to mark which characters they own (by placing included stickers on the map). Also, there are collectible cards and online barcodes, so you can check out your figure online and back them up in case you lose them. 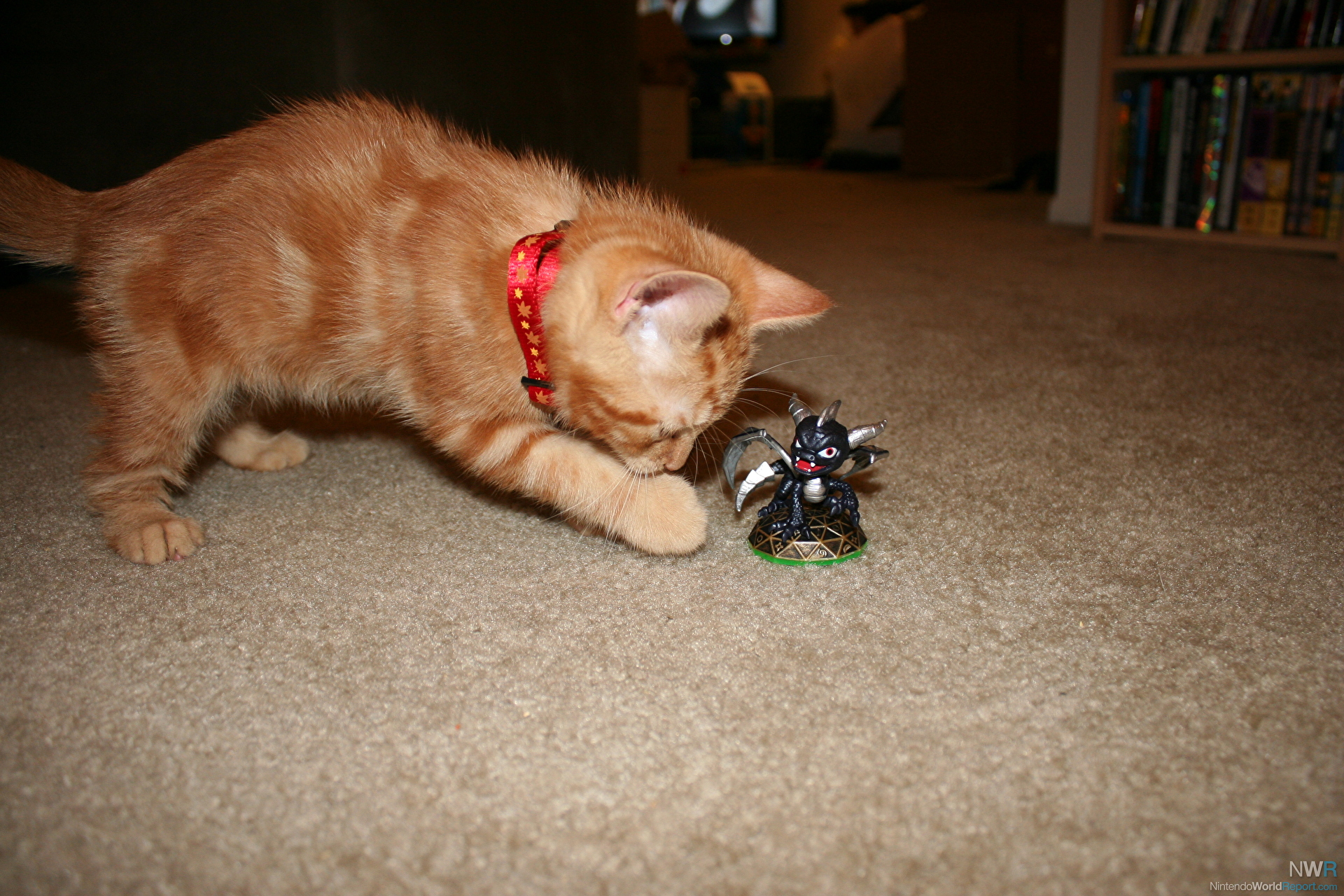 Here's a bonus picture of Iggy attacking Dark Spyro. Sadly, cats can't be placed on the portal and brought into the game. Dark Spyro never saw it coming.

Kittens + Video Games + Toys = THE NERD IN ME GOING NUTS!


Seriously, those toys look great enough to collect on their own! But, how will the 3DS version work? Take a picture?